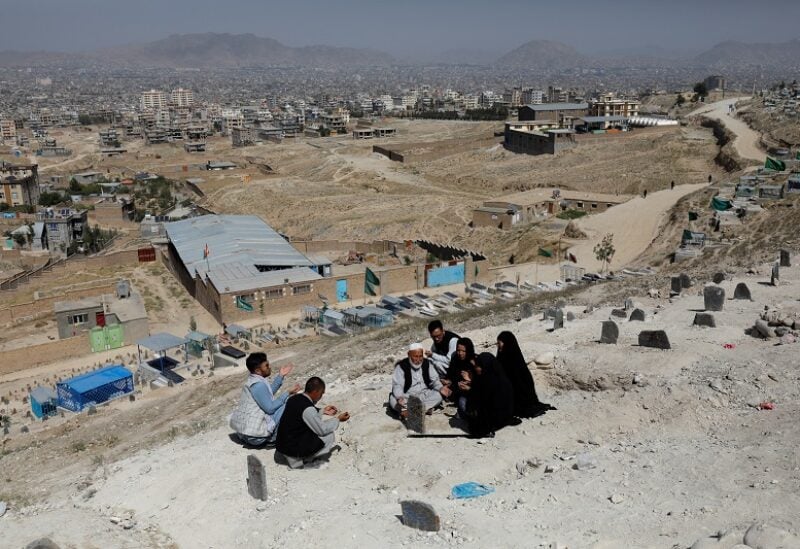 The family members of Um al-Banin, who was killed in a suicide attack in a tutoring center in Dasht-e-Barchi district in the west of Kabul, pray at her grave in Kabul, Afghanistan, October 2, 2022. REUTERS/Ali Khara

The Daesh group claimed responsibility on Thursday for a fatal bombing that occurred the day before close to the Foreign Ministry in the Afghan capital and left at least five people dead.

The bombing, which occurred in 2023, was the second significant attack on Kabul, and it was denounced by the international community.

The extremist group said in a statement that a “martyrdom-seeker” it identified as Kheiber Al-Qandahari detonated his explosive vest amidst a gathering of ministry employees and guards as they left through the ministry’s main gate.

There was no immediate response from Afghanistan’s Taliban rulers about the Daesh claim. Kabul police chief spokesman Khalid Zadran said Wednesday that the explosion killed five civilians and that “a number of others were wounded” near the ministry.

The Daesh news outlet Aamaq said the attack coincided with a ministry training course for diplomats.

The extremists have increased their assaults since the Taliban takeover of Afghanistan in 2021. Targets have included Taliban patrols and members of the country’s Shiite minority.

After Wednesday’s attack, more than 40 wounded people were brought to a surgical center in Kabul run by Emergency NGO, a humanitarian organization. Stefano Sozza, Emergency’s director in Afghanistan, said at the time that he expected the number of casualties to rise.

The attack drew condemnation from the United Nations and various countries. In a statement Wednesday, Pakistan said it stood in solidarity with Afghans in the fight against militants.