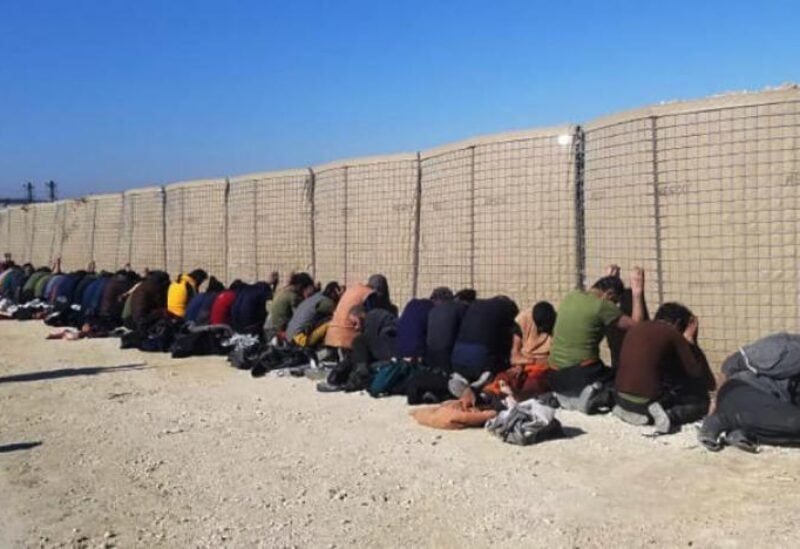 Fighting raged for a third day Saturday between ISIS and Kurdish forces in Syria after the militant group attacked a prison housing extremists, in violence that has claimed over 70 lives, a monitor said.

The assault on the Ghwayran prison in the northern city of Hasakeh is one of ISIS’s most significant since its “caliphate” was declared defeated in Syria nearly three years ago.

“At least 28 members of the Kurdish security forces, five civilians and 45 members of ISIS have been killed” in the violence, said Rami Abdel Rahman, head of the Syrian Observatory for Human Rights.

ISIS launched the attack on Thursday night against the prison housing some 3,500 suspected members of the militant group, including some of its leaders, said the Observatory.

The extremists “seized weapons they found” in the detention center, said the Britain-based monitor.

Hundreds of militant inmates had since been recaptured but dozens were still believed to be on the loose, the Observatory said.

The prison was surrounded by Kurdish forces with the support of the international coalition, it added.

“Fighting is taking place on the northern side of the prison,” Farhad Shami, spokesman for the Kurdish-dominated Syrian Democratic Forces (SDF), said, calling the situation “exceptional”.

The extremist group said in a statement released on Friday by its Amaq news agency that its attack on the jail aimed to “free the prisoners”.

It was not immediately clear Friday whether the prison break was part of a centrally coordinated operation — timed to coincide with an attack on a military base in Iraq — or the action of a local ISIS cell.