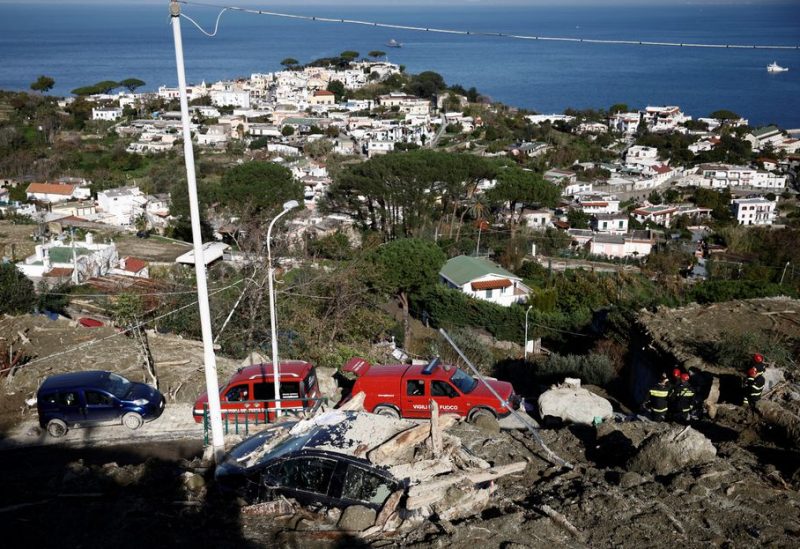 The death toll from the landslide that ravaged a little village on the holiday island of Ischia in southern Italy reached ten, As two more remains were discovered on Thursday.

The bodies of two males, 38 and 31, were discovered and recognized, according to a statement from the Prefecture of Naples, a regional division of the interior ministry.

The discovery left two people still missing, with slim hopes of finding them alive after last weekend’s disaster. Three children, including a baby less than one month old, are among the other confirmed victims.

A wave of mud, debris and stones broke away from Ischia’s highest mountain on Saturday, following torrential rain, and crashed down over houses and roads in and around the small town of Casamicciola Terme.

The landslide has forced the evacuation of around 300 people, a local government official said this week.

Ischia, a volcanic island which lies some 30 km (19 miles) from Naples, is famous for its thermal baths and picturesque coastline. But it is also especially vulnerable to natural disasters.

In the same Casamicciola Terme, two people died in 2017 following a 4.0-magnitude earthquake, while two other landslides, which happened in 2006 and 2009, claimed five lives in total.

Experts and activists say Ischia is even more at risk from natural disasters due to a high proportion of illegal buildings, though local politicians insist that the island’s biggest problem is a failure to work on landslide prevention measures.