Death toll rises to nine in collapsed building in Jordan 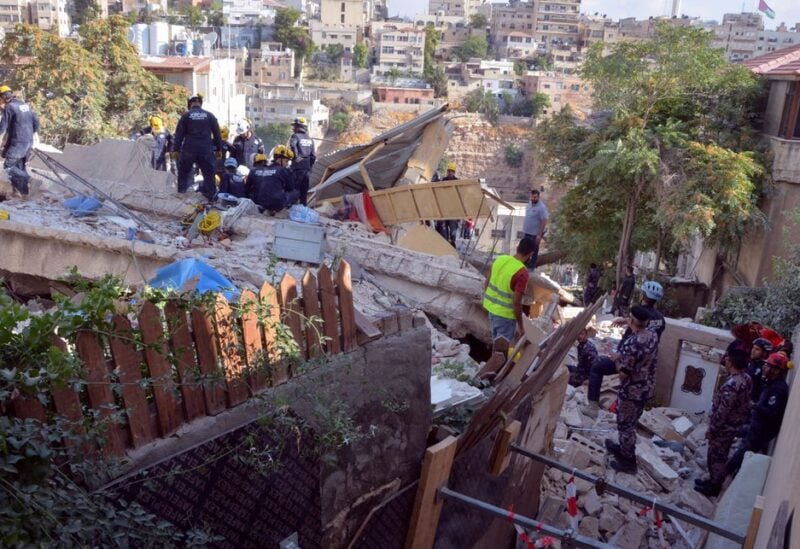 Jordanian rescuers searched for survivors under the rubble of a collapsed building in Amman for a second day on Wednesday, officials said. Nine people have been confirmed dead so far.

At least 25 people were inside the dilapidated residential building in Jordan’s capital’s Webdeh district when it collapsed on Tuesday.

Civil defence rescuers worked through the night to remove collapsed concrete roofs and lift debris in a desperate search for survivors. About a dozen people had been evacuated so far, several with serious injuries, hospital sources said.

Earlier the government said they believed at least ten people were still under the rubble and some could be alive.

Civil Defence chief Hatem Jaber told reporters that search and rescue operations would continue until there was no hope of finding more survivors, adding that over 350 rescuers were involved, as well as drones and police dogs.

The latest survivor to be pulled out of the debris was a 5-month old baby who was in stable condition, a hospital source said.

The public prosecutor has opened a criminal case against a contractor who was drilling in the building in the days before its collapse and one of the owners of the building in connection with the incident, a judicial source said on Wednesday.