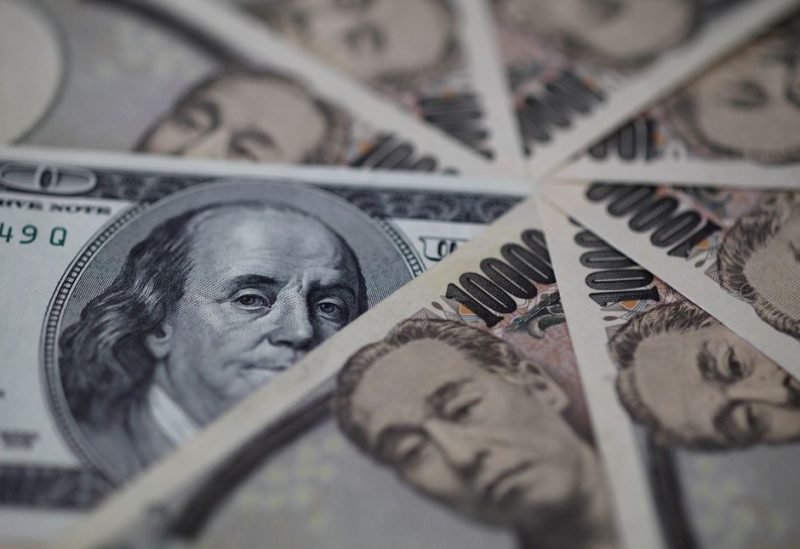 A U.S. hundred dollar bill and Japanese 10,000 yen notes are seen in this photo illustration in Tokyo, February 28, 2013. REUTERS/Shohei Miyano

The minutes from the Federal Reserve’s December meeting were the main topic of discussion on Tuesday, and the yen had reached a seven-month high on increased anticipation that the Bank of Japan (BOJ) could abandon its ultra-easy monetary policy.

On Wednesday, the Fed will issue the minutes from its December meeting, and traders will be looking for indicators of the anticipated rate path for 2023.

The U.S. central bank raised interest rates by 50 basis points last month after delivering four consecutive 75-basis point hikes in the year, but has said it may need to keep interest rates higher for longer to tame inflation.

“The Fed was hawkish but the market didn’t buy into it,” said Nordea chief analyst Niels Christensen.

“The market is pricing in cuts towards the end of this year and that’s not the message from the Fed as we see it,” Christensen added.

The dollar index , which measures the U.S. unit against six major currencies, was last up 0.9% at 104.55. The index rose 8% last year in its biggest annual jump since 2015 on the back of the Fed raising interest rates to tackle inflation.

U.S. payrolls data, due to be released on Friday, is expected to show that the labour market remains tight.

ING economists said in a note that the Fed had talked up the importance of the payrolls data for the inflation outlook, but they noted that wage growth had not caused the inflation and it would not be the reason that it ultimately falls.

The yen, which hit a seven-month peak during Asian trading hours was last trading little changed at 130.45 per dollar.

Speculation that the BOJ was set to start shifting from its ultra-loose policy flared in December when the central bank widened the yield cap range on 10-year Japanese government bonds (JGBs).

This was further fuelled by a Nikkei report on Saturday that the BOJ was considering raising its inflation forecasts in January to show price growth close to its 2% target in fiscal 2023 and 2024, which helped push the yen to its strongest level against the dollar since June 1 last year.

“The move by the BOJ was definitely a game changer and the reaction was very swift,” Nordea’s Christensen said.

“Everything is pointing to less easy policy in Japan and that will keep dollar-yen to the downside.”

The Asian currency lost 12% against the dollar in 2022, with the Japanese authorities stepping into the market in September to prop it up for the first time since 1998 and again in October, when it weakened to a 32-year low of 151.94 per dollar.

Focus was on German state inflation data which showed an easing of price pressures in December, indicating national inflation may also have slowed for a second month due in part to the government’s one-off payment of household energy bills.

Preliminary pan-German December data is due at 1300 GMT.

Meanwhile, China’s factory activity shrank for the third straight month in December and at the sharpest pace in nearly three years as COVID-19 infections swept through production lines after Beijing’s abrupt reversal of anti-virus measures.

China’s onshore yuan finished the domestic session at 6.905 per dollar, the strongest such close since Sept. 2, 2022.