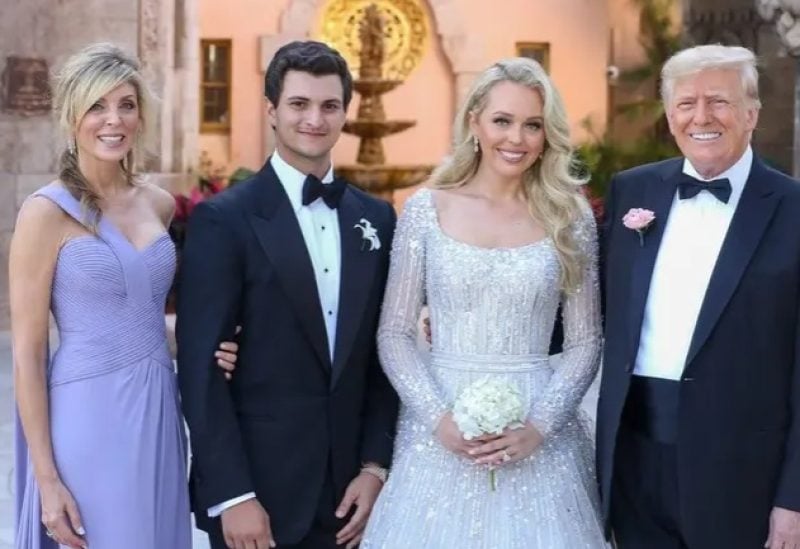 Although the wedding was almost threatened by the arrival of Hurricane Nicole, the ceremony took place at 4:30 p.m. at the club and private residence of the former president and went ahead as planned.

She wore a Greek goddess-inspired gown by Saab as a nod to Boulos’ Lebanese heritage.

Described as a “billionaire heir,” Boulos, 25, was born to Lebanese parents and largely raised in Lebanon and Lagos, Nigeria, according to several media reports.

Boulos is the heir father’s multi-billion dollar fortune which he made through his Nigerian distribution and assembly company for vehicles.

The youngest daughter of the former president announced her engagement to Boulos on January 19, 2021.

Tiffany and Michael began dating after meeting in the Greek island of Mykonos in the summer of 2018.

She was first seen with him during the New York Fashion Week in September 2018, and she shared their first photo together in January 2019 after attending a White House event.