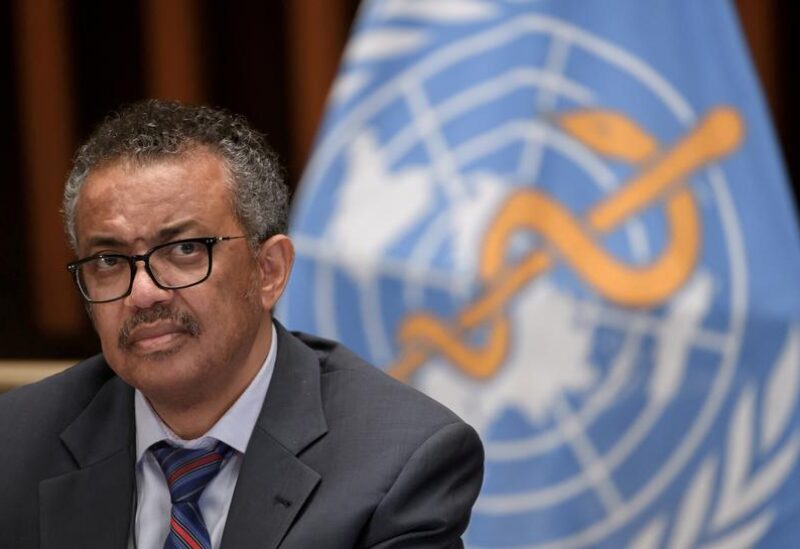 FILE PHOTO: World Health Organization (WHO) Director-General Tedros Adhanom Ghebreyesus attends a news conference organized by Geneva Association of United Nations Correspondents (ACANU) amid the COVID-19 outbreak, caused by the novel coronavirus, at the WHO headquarters in Geneva Switzerland July 3, 2020.

“This does not necessarily mean these events are linked to COVID-19 vaccination, but it’s routine practice to investigate them, and it shows that the surveillance system works and that effective controls are in place,” Tedros Adhanom Ghebreyesus said during a virtual media briefing.

A WHO advisory committee is due to meet on Tuesday to discuss the vaccine, which Germany, France and Italy said on Monday they were pausing after multiple countries reported serious conditions in people who had received the dose.

Norway and Denmark had stopped administering the shot last week after reporting isolated cases of blood clots, bleeding or a low platelet count. Iceland and Bulgaria followed suit and Ireland and the Netherlands announced suspensions on Sunday.

Even so, the top WHO scientist reiterated on Monday that there had been no documented deaths linked to coronavirus vaccines.

“We do not want people to panic,” WHO chief scientist Soumya Swaminathan told the briefing, noting that no association had so far been found between the “thromboembolic events” reported in some countries and COVID-19 doses.

Even as some countries suspend AstraZeneca’s shot, others are continuing its use as the WHO and other bodies say the benefits continue to outweigh any risks.

The United Kingdom, where the AstraZeneca vaccine was developed in partnership with Oxford University, says it has no concerns, while the drugmaker has said a review of safety data has shown no evidence of an increased risk of blood clots.