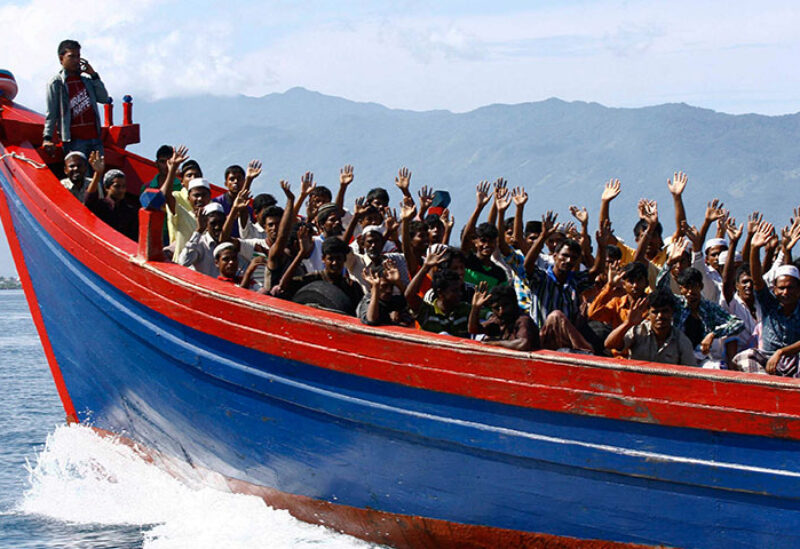 Rohingya refugee fleeing in a boat

The UN refugee agency reported that a boat loaded with dozens of Rohingya, mostly women and children, landed on an island off the Indonesian coast early Friday.

It is the latest wave of arrivals by the persecuted minority in Muslim-majority Indonesia, after often perilous, months-long sea journeys from cramped refugee camps in Bangladesh — next to their native Myanmar.

The group of about 80 Rohingya landed on tiny Pulau Idaman, a small island just off the coast of northern Sumatra, an AFP reporter said, citing figures from local officials. The UNHCR, also confirmed the landing but declined to discuss details.

It was not clear where the group departed from before Friday’s arrival. Idaman island resident Muhammad Upin said he spotted the refugees’ boat early Friday morning.

“They were stranded because one of the boat engines was broken. They’re all healthy and the locals have given them food,” he added.

In September, a group of nearly 300 Rohingya arrived in northern Indonesia after what they described as months of terror on the high seas.

They reported being beaten by human traffickers as they struggled from hunger and thirst, with the corpses of those who died at sea thrown overboard.

In June last year, nearly 100 Rohingya arrived in the same part of Indonesia.

It was not immediately clear if the latest group would be allowed to stay, but previous migrants have been placed in refugee camps.

Around one million Muslim Rohingya live in cramped camps in Bangladesh, where human traffickers run lucrative operations promising to find them sanctuary abroad.

The Rohingya fled from Buddhist-majority Myanmar to escape a military crackdown against them four years ago that UN investigators said amounted to genocide.

Muslim-majority Malaysia and Indonesia are favored destinations for Rohingya trying to escape Bangladesh.