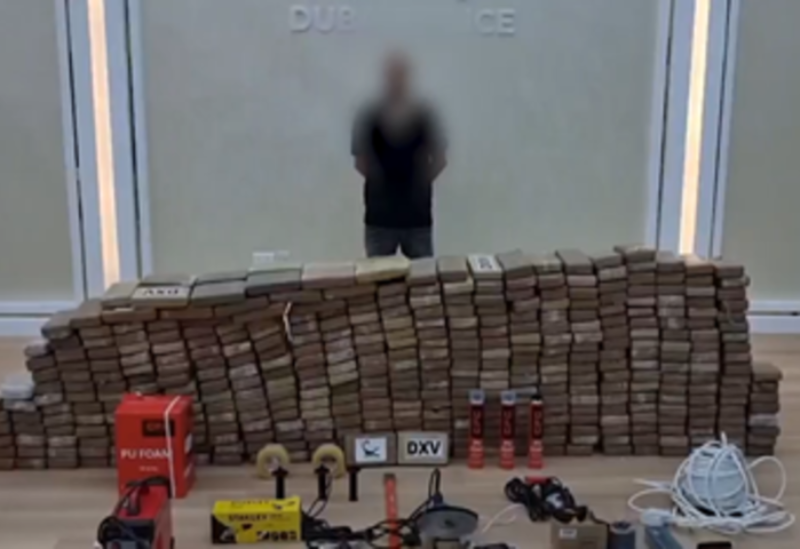 Police in Dubai have thwarted an attempt to smuggle 500 kilograms of cocaine with a street value of more than $136 million in what the force says is the region’s biggest drug bust.

One man, who police say in a statement is the intermediary for an international crime syndicate, was arrested.

The narcotics were found hidden within the paneling of a freight container which arrived at a seaport.

Acting on a tip-off, police surveilled the suspect as part of “Operation Scorpion” as the man transported the container to a warehouse in a different emirate.

He was then seen buying power tools including angle grinders that police say he intended to use to access the hidden drugs.

Police raided the warehouse and “caught the man red-handed and seized the narcotics,” according to Colonel Khalid bin Muwaiza, Deputy Director of the General Department of Anti-Narcotics in a statement on the Dubai Police Facebook page.

Police did not identify the man but said he was of Middle Eastern origin.

The force said that dealers were using social media to promote their services, saying they could deliver drugs anywhere across the UAE.