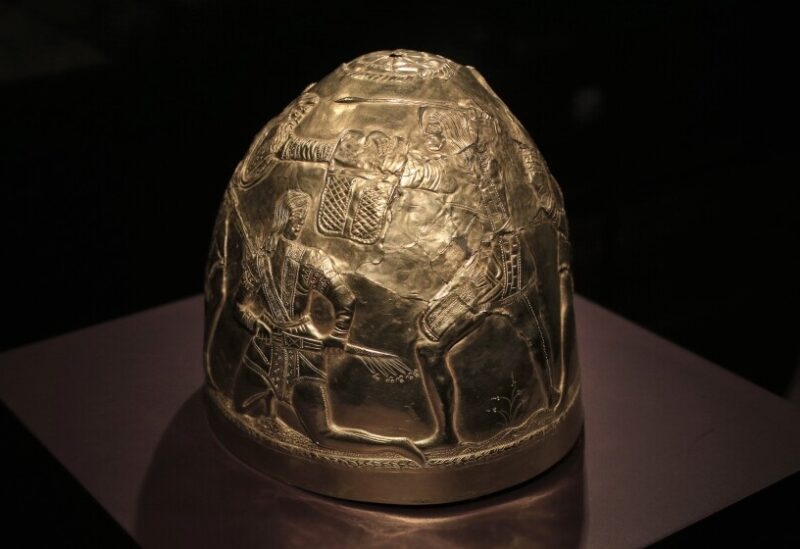 A Dutch appeals court ruled on Tuesday that a collection of ancient Crimean gold artefacts, claimed by Ukraine and museums in the Russian-annexed territory, should be returned to the Ukrainian state.

The pieces, including a solid gold Scythian helmet and a golden neck ornament each weighing more than 1 kg (35 oz), were on display in the Netherlands when Russia annexed the peninsula from Ukraine in 2014.

In reading a summary of the decision, presiding Judge Pauline Hofmeijer-Rutten said that the national culture interests of Ukraine outweigh those of the museums in Crimea.

“The Allard Pierson Museum is no longer obliged to return the pieces to the Crimean museums,” she said, reading a summary of the decision. “The rights of the Ukrainian state, based on the [Ukrainian] Law of Museums … take precedence.”

The ruling can be appealed before the Dutch Supreme Court.

Russia’s annexation of Crimea drew Western sanctions. Western countries and most of the rest of the world recognise the Black Sea peninsula as Ukrainian, and Kyiv wants the territory returned.

Ukrainian President Volodymyr Zelenskiy welcomed the decision, saying in a Tweet: “We always regain what’s ours. After the ‘Scythian gold’, we’ll (recover) Crimea.”

Kremlin spokesman Dmitry Peskov said he could not comment on the ruling as he had not seen it.

A lower court in 2016 had also ordered the Allard Pierson Museum to return the archaeological treasures, which also include gems, helmets and scabbards, to Ukraine’s government rather than the four museums that had lent them out, but following a different reasoning.

Rob Meijer, the lawyer who appealed on behalf of the museums, said he was disappointed but it is up to his clients to decide on a further appeal.

“These treasures … have been excavated in Crimea, they’ve been taken care of, restored, exhibited always in Crimea,” he said.

Maarten Sanders, the lawyer representing Ukraine, said it would it be difficult for Russia to attempt to claim ownership of the items in a Dutch court, as the United Nations and European Union have not recognised its sovereignty over Crimea.

The University of Amsterdam, owner of the Allard Pierson Museum, has said the museum will continue to keep the objects in storage until all appeals are settled.