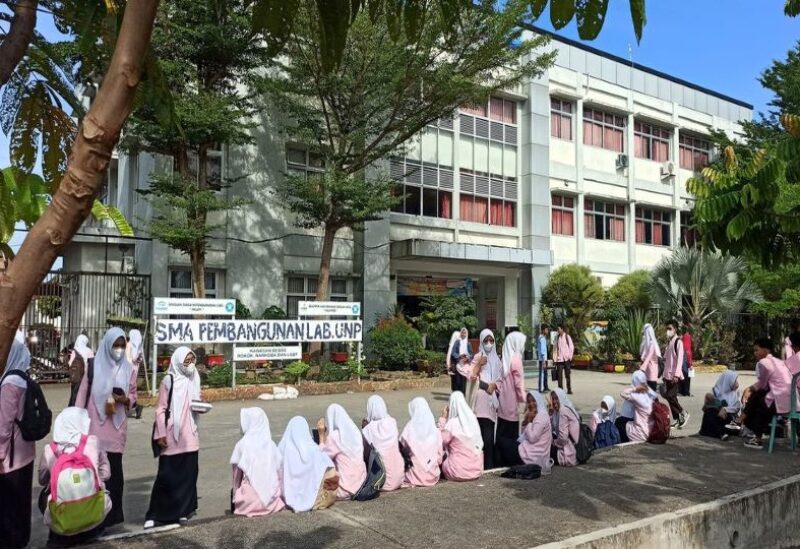 Officials and witnesses say a magnitude 6.1 earthquake slammed inland along the western coast of Indonesia’s Sumatra island on Friday, killing at least two people and triggering vibrations that were felt as far away as Singapore and Malaysia.

The tremor, which did not have the capacity to generate a tsunami, prompted inhabitants in certain locations to abandon their homes, particularly in Padang, West Sumatra province, and even prompted evacuations in Malaysia.

Dwikorita Karnawati, the chief of Indonesia’s geophysics agency BMKG, told MetroTV, “We continue to watch and encourage people to be on alert.” The magnitude was first estimated to be 6.2 by the agency.

At least two individuals were killed, according to Indonesia’s disaster mitigation agency director Suharyanto, and various structures, including a government office, houses, and a bank, were damaged.

A hospital was evacuated in West Pasaman, roughly 17 kilometers (10.6 miles) from the epicenter, and there was panic in certain communities.

“People gathered in front of their houses and places of business. The vibrations frightened them. “The cables were trembling,” Frans Kiky Nainggolan, a merchant in Riau province, said.

In Malaysia, the fire service in the capital, Kuala Lumpur, said it had received many complaints about tremors felt around the city, though no injuries or structural damage had been reported.

“I felt the vibrations for about a minute and a half… “We fled quickly, as did others from another floor,” Hilfa Akmal, a resident of Subang Jaya on the outskirts of Kuala Lumpur, told Reuters.
There were no reports of casualties, but Singapore police claimed on Twitter that they had received calls from individuals detecting vibrations.

Indonesia is prone to earthquakes due to its location on the “Pacific Ring of Fire,” a seismically active zone where several plates of the earth’s crust collide.

The fault that runs the length of Sumatra Island may be extremely hazardous; in 2009, an earthquake wreaked havoc on areas of Padang, killing over a thousand people.

A major 9.1 magnitude earthquake and tsunami off the coast of Aceh Province on Sumatra’s northern tip killed 226,000 people in Indonesia, Sri Lanka, India, Thailand, and nine other countries in 2004.