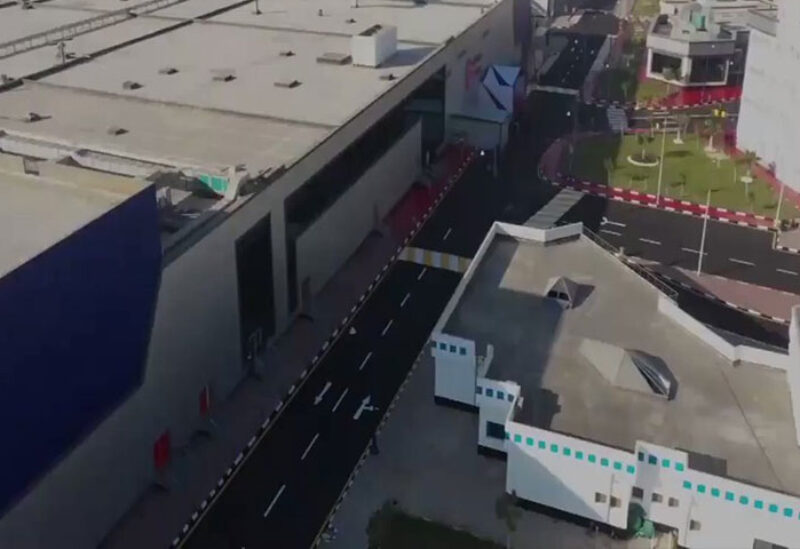 Gypto Pharma, also known as Medicine City, has been set up to produce safe and effective medicines at reasonable prices, and will manufacture coronavirus remedies and drugs for chronic diseases. Production of some vitamins will also be given priority.

The new city in Al-Khankah aims to increase cooperation between the state and the private sector in order to transform Egypt into a regional center for the pharmaceutical industry in the Middle East.

Gypto Pharma uses the latest technologies and automated machines to ensure production is of the highest quality.

Devices are self-cleaning so that the production process can continue without interruption.

President El-Sisi stressed the necessity of the city to produce high quality products, starting with the packaging.

“The medicine package produced by the new city must be distinct so that the city’s mark on its products cannot be tampered with,” he added.

“We started thinking about this project almost seven years ago.

“It took a lot of time to create the most efficient factories using scientific methods so that the medicines produced in the city follow the European standards or the World Health Organization (WHO) standards,” the president said.

The medicine city — on an area of 180,000 square meters — is the largest of its kind in the Middle East

It is set to become a regional center that attracts major international pharmaceutical companies.

“We must have the ability to produce medicine at the highest levels. The antibiotic produced in the medicine city will be as efficient as its counterparts in the most prestigious countries in the world,” El-Sisi added.

Rady said that the city is a huge national project that aims to produce medicines scientifically in accordance with WHO standards.

The project comes in line with the series of initiatives in the field of health and medical care. The aim is to provide medicines to citizens at the highest possible level with upgraded facilities.

Rady added that medicine production is among one of the most important national projects that the state implemented to possess modern technological and industrial capacity in the field.

The project allows citizens to obtain high-quality and safe treatments, preventing any monopoliztic practices and controlling drug prices. It boosts the efforts undertaken by the state in the field of various medical and health initiatives.

He stated that the project places Egypt in the ranks of the countries producing medicine at the highest level.

The city works according to the latest and most accurate operating standards.

It applies the highest international quality standards, with a focus on human resources — especially a young workforce capable of dealing with modern technology.

The city includes a regional center for manufacturing medicine in cooperation with foreign companies, and has plans to export to African, foreign and Arab countries. This is in addition to research and development laboratories.

The second phase will include entering into the field of specialized medicines, such as cancer treatments, to be offered at affordable prices to Egyptian citizens.

The city will include 160 lines to manufacture 150 types of medicines.

The first phase will also include manufacturing 150 million packages of medicine annually.