Egypt Steps up Role in Gaza as Mideast Peacemaker 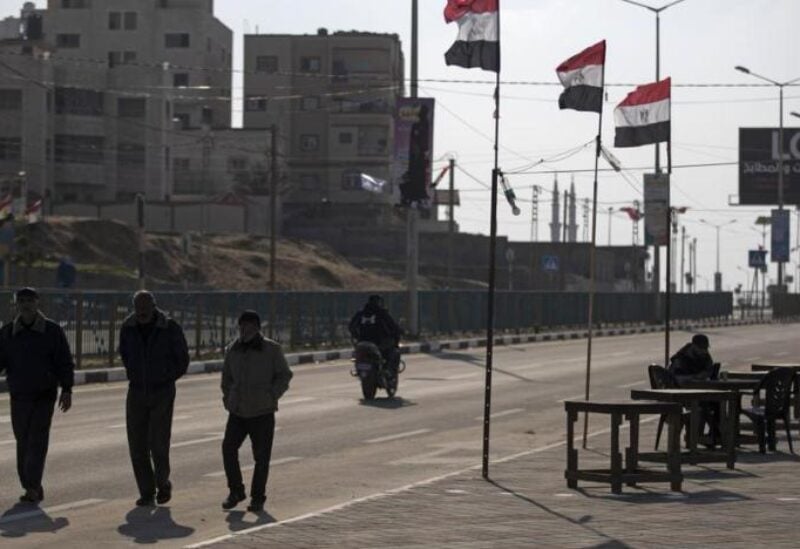 After years of working behind the scenes as a mediator, Egypt is taking on a much larger and more public role in Gaza, said an AP report on Monday.

It said in the months since it brokered a Gaza ceasefire last May, Egypt has sent crews to clear rubble and promised to build vast new apartment complexes, and billboards of its president Abdel Fattah al-Sisi, are a common sight.

It is a new look for the Egyptians, who have spent years working quietly to encourage Israel-Hamas truce talks and reconciliation between rival Palestinian factions, the report said, adding that this shift could help prevent — or at least delay — another round of violence.

According to the AP, the expanded aid, along with its control over Rafah — the only Gaza border crossing that bypasses Israel — gives Egypt leverage over Hamas.

After negotiating the informal cease-fire that ended the Gaza war, Egypt pledged $500 million to rebuild the territory and sent work crews to remove rubble.

Naji Sarhan, the deputy director of the Hamas-run Housing Ministry, said that while it remains unclear how much of that money has been delivered, Egypt is now subsidizing the construction of three towns that are to house some 300,000 residents.

He said work is also under way to upgrade Gaza’s main coastal road, adding that the projects will take a year and a half to complete.

Alaa al-Arraj, of the Palestinian contractors’ union, said nine Palestinian companies will take part in the Egyptian projects, which would generate some 16,000 much-needed jobs in the impoverished territory.

The Egyptian presence is palpable.

Nearly every week, Egyptian delegations visit Gaza to inspect the work and they also opened an office at a Gaza City hotel for permanent technical representatives.

Egyptian flags and banners of Egyptian companies flutter atop bulldozers, trucks and utility poles. Dozens of Egyptian workers have arrived, sleeping at a makeshift hostel in a Gaza City school, the report added.

Suhail Saqqa, a Gaza contractor involved in the reconstruction, said the steady flow of Egyptian materials is critical.

“The goods are not restricted by Israeli crossings, and this makes them momentous,” he said.

The growing Egyptian role gives Cairo a powerful tool to enforce Hamas’ compliance with the truce.

It can close Rafah whenever it wants, making it nearly impossible for anyone to travel into or out of Gaza, which is home to more than 2 million Palestinians.

That might be enough to prevent another outbreak of hostilities in the near term. But it doesn’t address the underlying conflict that has fueled four wars between Israel and Hamas and countless skirmishes over the last 15 years.