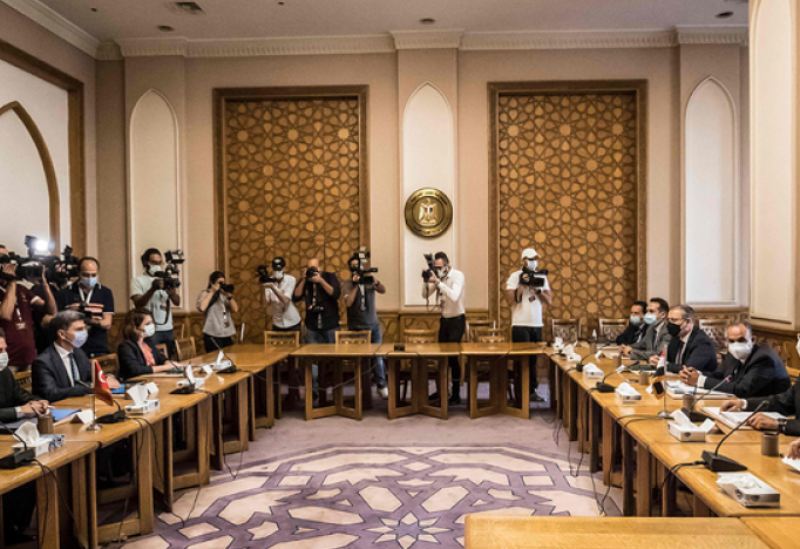 Egypt and Turkey are set to hold Tuesday the second round of “exploratory talks” to address bilateral relations and several regional issues, aiming to normalize ties between the two countries.

The talks, at the level of deputy foreign ministers, come about four months after the first attempt in Cairo in May.

At the end of the visit, the two countries issued a joint statement describing the exploratory bilateral talks between them as “frank and in-depth.” The two sides dealt with bilateral and regional issues.

Observers expect the two sides to mainly discuss on Tuesday the issue of Muslim Brotherhood members who reside in Ankara and are wanted by the Egyptian judiciary.

The talks are also expected to address gas exploration in the eastern Mediterranean and the Libyan presidential elections, held next December.

The Egyptian Foreign Ministry announced that Ambassador Hamdi Loza is set to visit Ankara for the resumption of exploratory talks.

The ministry said Loza’s scheduled visit was “in response to an invitation by the Turkish Foreign Ministry.”

“The second round of exploratory talks between Egypt and Turkey is expected to address bilateral relations as well as several regional issues,” it added.

Diplomatic sources told Asharq Al-Awsat earlier that the two sides will assess the issues addressed in the first round and discuss topics related to improving relations.

Relations between Ankara and Cairo deteriorated in 2013 over the Turkish position on the fall of the Muslim Brotherhood rule in Egypt and its support for the group that the Egyptian authorities have designated a terrorist organization.

While the two countries withdrew their ambassadors simultaneously, their embassies remained open and continued to work at the Chargé d’Affaires level over the past eight years.

During the past months, Turkey took steps that Cairo described as “positive,” after Ankara ordered Istanbul-based channels affiliated with the Brotherhood to stop airing criticism and incitement against Egyptian authorities.

Turkey said essential issues ranging from the eastern Mediterranean to Libya must be worked on in coordination with Egypt.

Cairo insists that Ankara shows real intention in practical abstention from interfering in the affairs of Arab countries, respects the rules of international law, and withdraws its forces and mercenaries from Libya.