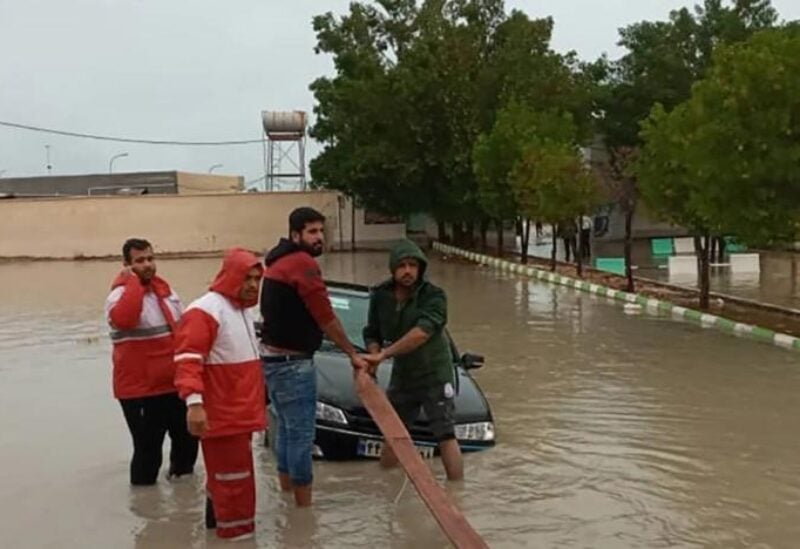 At least eight people have been killed in flash flooding in Iran’s south due to heavy rains expected to last until later this week, state media reported on Tuesday.

“Following the floods and rains of the past few days in the southern regions of the country, we have seen an increase in casualties and deaths,” spokesman for the national rescue service Mojtaba Khaledi said, quoted by state news agency IRNA.

“So far eight people have died and two are still missing,” Khaledi said, adding that 14 others had been injured.

A local official had said Monday that at least two people were killed in flash flooding in the province.

Iran’s Red Crescent has provided “emergency accommodation for more than 3,000 people, and over 20,000 have received relief assistance”, its head of rescue and emergency operations Mehdi Valipour told state television.

“Houses have been flooded and infrastructure such as roads and communication systems have been damaged,” he said, adding that more than 500 teams were providing assistance in parts of the country’s south and east.

Pictures published by the Red Crescent showed its personnel setting up tents in sports halls and assisting cars trapped on flooded roads or stuck in snow-covered mountain areas.

Relief operations were underway in 87 cities across more than half of Iran’s 31 provinces, it added.

Interior Minister Ahmad Vahidi has asked local authorities in Fars, Hormozgan, Kerman and Sistan-Baluchestan provinces to use “all their resources and capacities” to aid residents, IRNA reported.

The weather system is expected to last until Friday, an official from Iran’s meteorological agency told state television.

Bad weather has affected not only southern Iran but also Arab countries in the Gulf in recent days, with several issuing weather warnings.

Torrential rainfall has hit the United Arab Emirates, including Dubai and Abu Dhabi, and caused widespread flooding in the region.

Authorities in Oman reported heavy rainfall on Tuesday, calling on citizens to avoid heading to valleys and beaches due to rising water levels, the official Oman News Agency reported.

Omani police closed several roads, including a highway in the capital Muscat, due to a significant “water accumulation”, it added.

The education ministry suspended classes and exams in most parts of the sultanate.

Largely arid, Iran has endured repeated droughts over the past decade, but also regular floods.

In 2019, heavy flooding in the country’s south left at least 76 people dead and caused damage estimated at more than $2 billion.