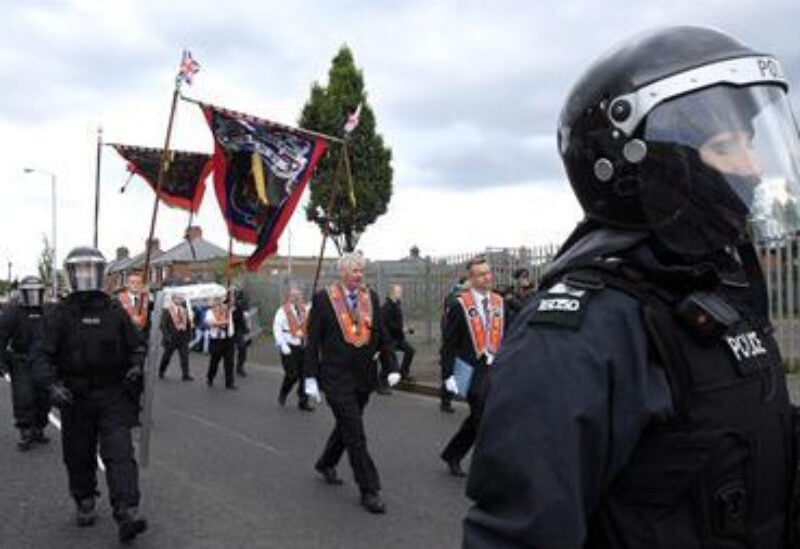 Protesters rioted in Belfast, Northern Ireland, on Friday, injuring eight police officers with projectiles such as metal rods and fireworks, according to police.

Police Service Northern Ireland said seven people were arrested in south Belfast after a small demonstration turned into a riot on Friday evening.

The BBC reported about a hundred people had gathered in the Shaftesbury Square area, where protests had been expected by people loyal to British rule in the territory.

In a statement, Belfast District Commander Chief Superintendent Simon Walls called for calm after what he described as “appalling conduct” on the scene. “Eight officers have been wounded so far as a result of a sustained assault by rioters who have hurled a variety of items at police, including heavy masonry, metal poles, flares, and manhole covers,” according to the police.

“Their injuries include burns, head and leg injuries.”