Elderly Ukrainian couple left behind in bombed out eastern village 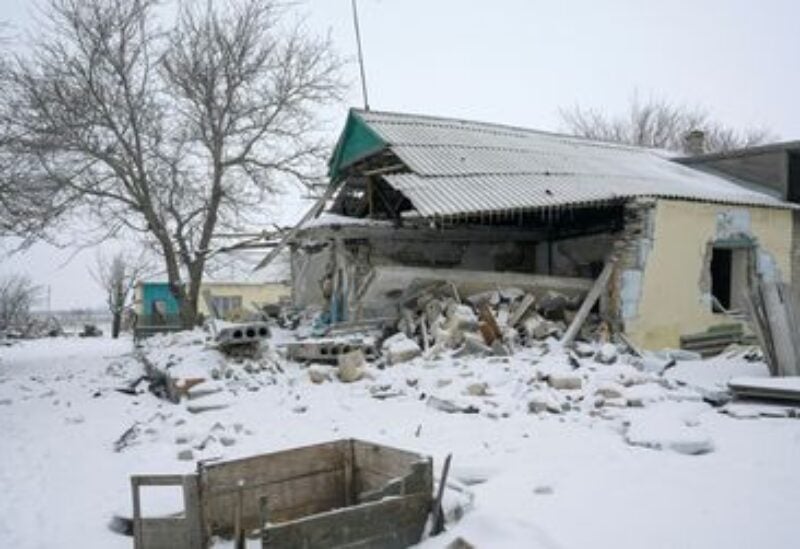 Kateryna and Dmytro Shklyar, an elderly couple, are among the remaining residents of Nevelske, a village near the frontlines in east Ukraine where years of conflict have left them without running water, power, or neighbors.

Nevelske is around 25 kilometers (15 miles) from Donetsk, the largest city in the disputed eastern Ukraine area where Russia has supported separatist rebels battling government troops since 2014. To far, 15,000 people have been murdered in the fighting.

The community had roughly 300 residents 20 years ago, but the majority of them have since departed. Only five people remain after the most recent bombardment in November, as part of the most recent escalation of the war between Russia and the West over Ukraine.

The Shklyars live without running water or a stable power supply, relying on the Ukrainian military and aid workers to deliver basic goods.

Their neighborhood is mostly made up of destroyed houses. The nearest shop is too risky to reach across military roadblocks and the largely dormant but still dangerous line separating Ukraine from the territory under rebel control.

“It cannot get any worse,” said Kateryna, her wrinkled face framed by a red hair scarf. “He is 86 and I am 76 years old. And we live on nothing. Well, we have of course our own potatoes carrots and onions. But that’s all we have.”

A little food cellar where they keep glass jars with pickled fruits and vegetables also serves as their bomb shelter. A cat and a dog are all the company they have left.

Russia has spooked Ukraine and the West in recent weeks by massing some 120,000 troops near its border with the former Soviet republic that now wants to join NATO.

Russia has already annexed Crimea from Ukraine in 2014 and the West has threatened Moscow with grave sanctions if it invades again, something Russia has repeatedly denied it plans to do.

Russian President Vladimir Putin said on Friday the West has not addressed Moscow’s main security demands in the crisis over Ukraine but that he is ready to keep talking to avert a further escalation.

Kateryna Shklyar, sitting next to her husband in their house, its walls adorned with thick carpets, wiped away tears.

“I don’t have any words or tears anymore,” she said. “Everybody has left. Those who had money and could afford to buy something somewhere – they all left. And where would we go, two old people, who needs us?”