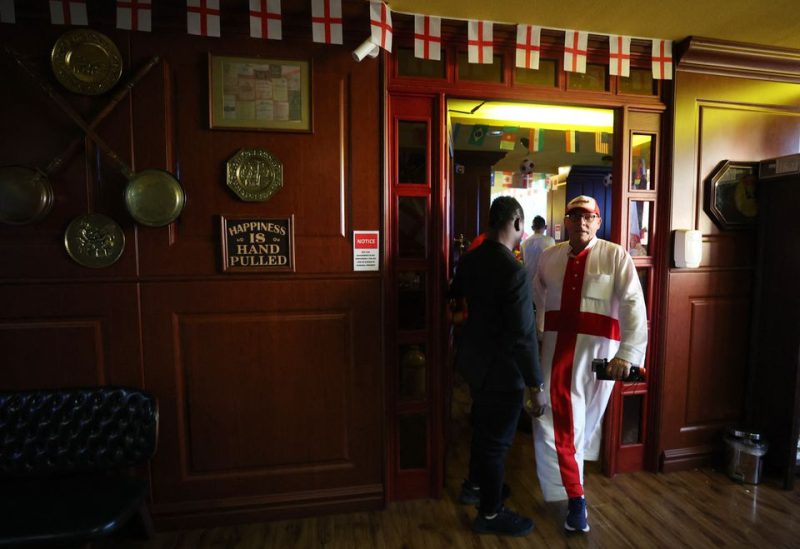 If England supporters dress in crusader replica costumes that are deemed culturally offensive in a Muslim nation, they will be denied entry to Friday’s World Cup match between England and the United States in Qatar as well as any subsequent tournament games, according to FIFA.

For years, England fans have dressed up for games in toy guns, plastic helmets, and fake chain mail armour.

However, pictures of some fans wearing crusader costumes after Monday’s 6-2 victory against Iran in the Qatari capital Doha received negative feedback online, which prompted the sport’s international governing body to take action.

For many Arabs, the word crusade summons up a painful history of violent invasion by Christians seeking to capture Jerusalem and nearby areas under Islamic rule in the 11th to 13th centuries.

Issues around culture and rights have been in focus almost as much the soccer at the World Cup in Qatar.

Some Wales fans were ordered to remove hats with the rainbow colors of the LGBT community at their team’s first match of the tournament against the United States earlier this week.

Welsh football authorities said on Thursday that FIFA had confirmed that supporters with rainbow-colored hats and flags would be allowed entry to the stadium for Wales’ match against Iran on Friday, which Wales lost 2-0.

The captains of England, Wales, Belgium, the Netherlands, Switzerland, Germany and Denmark this week dropped their plans to wear armbands to back gay rights under pressure from FIFA.