England invited all aged over 50 for vaccine jab 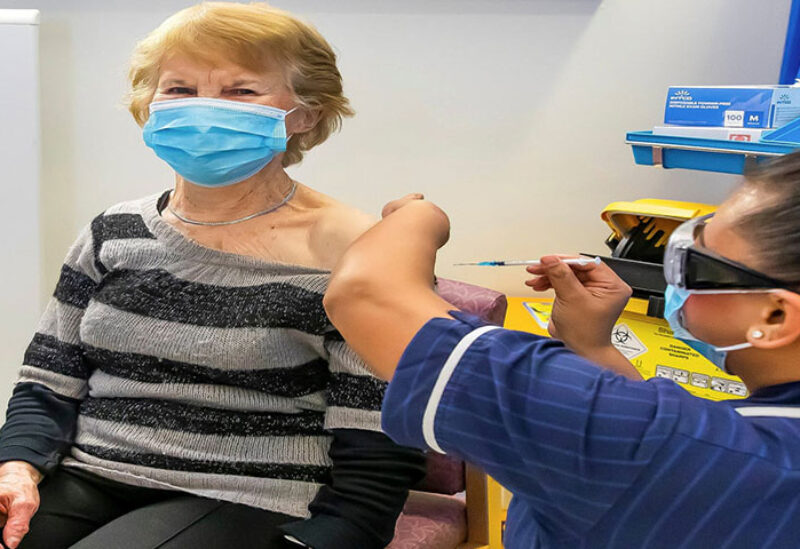 People aged over 50 in England are now being invited to book their appointment for a Covid vaccine.

This is the final group on the priority list which covers 99% of those at high risk of dying from Covid-19.

Everyone in the top nine priority groups should be offered a second dose by mid-July, up to 12 weeks after the first.

Nearly half of the UK adult population has had a jab – more than 24 million people. Around 1.6 million people have also had a second dose.

In Northern Ireland and some areas of Scotland, the over-50s are already being offered a Covid vaccine. Parts of England may already have started offering it to this age group too.

It is 100 days since Margaret Keenan became the first person in the UK to be vaccinated against Covid outside of clinical trials.

Health Secretary Matt Hancock said: “I’m determined no-one should miss out on the chance to protect themselves and urge everyone who is eligible to come forward.”

Two million text messages are being sent out to those aged 50-54 in England with a link allowing people to book an appointment through the national booking service website.

People who cannot go online can call the service on 119.

The expansion of the Covid vaccine rollout comes after the government reassured people the Oxford-AstraZeneca vaccine – one of two being given to people in the UK – was safe, after 13 countries paused their use of it.

The EU’s regulator, the European Medicines Agency (EMA), is expected to release the findings of its investigation into a small number of cases of blood clots in vaccinated people on Thursday.

But the UK medicines regulator, the MHRA, and Downing Street has said there is no evidence to suggest the vaccine is linked to the clots.

Hancock urged people to “listen to the regulators” and to “get the jab” as soon as they got the opportunity.