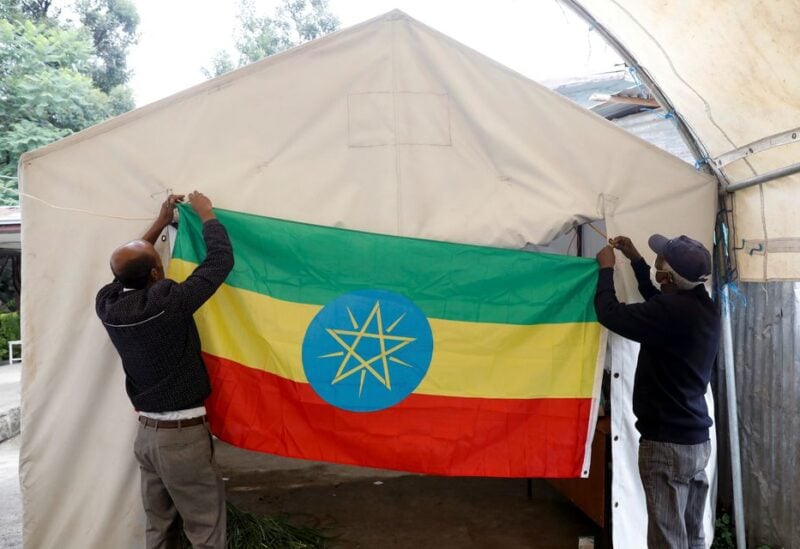 Prime Minister Abiy Ahmed said he hoped Ethiopia’s national and regional elections on Monday would prove the success of democratic reforms, but an opposition boycott, war, ethnic violence and logistical challenges overshadowed the vote in some regions.

Authorities were unable to hold elections in four of Ethiopia’s 10 regions, said election board chief Birtukan Midekssa. In two of the regions that did vote, opposition observers were reportedly chased away from many polling stations, she said.

“This will jeopardize the credibility of the election process,” she warned.

Abiy’s newly formed national Prosperity Party is widely expected to win, as it faces a fragmented opposition of dozens of mostly ethnically-based parties. Currently the ruling coalition and its allies hold all 547 national parliamentary seats.

A credible poll would burnish Abiy’s international image, which reached its zenith after he won the Nobel prize in 2019 for making peace with neighboring Eritrea but has recently been battered by reports of abuses and a looming famine in the war-ravaged northern region of Tigray.

“I hope it will be the best election in history,” he told journalists after voting.

The consequences of the vote could reverberate far beyond Ethiopia. The Horn of Africa nation is a diplomatic heavyweight in the volatile region, providing peacekeepers to Somalia, Sudan and South Sudan. With Africa’s second-biggest population, over a third aged under 18, it is also a major frontier market.

Voting was delayed in different areas for different reasons. In Sidama, polling agents postponed voting until Tuesday after less than half the ballot papers arrived, Birtukan said.

Two other regions, Somali and Harar, previously delayed voting until September due to problems with ballot papers and disputes.

Tigray has been a battleground since conflict erupted there in November between Ethiopia’s military and the region’s former governing party, the Tigray People’s Liberation Front. No date has been set for elections there.

In two regions that did vote, Amhara region and in the Southern Nations, Nationalities, and Peoples’ Region, opposition parties complained their agents were beaten and their badges confiscated, said Birtukan.

Voting was also not held in some areas of Benishangul-Gumuz region after ethnic violence prevented voter registration.

But another areas, including the capital, voting went peacefully. The election board extended voting nationwide by three hours because many polling stations opened late and still had long lines when they were due to close.

More than 37 million of Ethiopia’s 109 million people are registered to vote, choosing from 46 parties and more than 9,000 candidates – a record, according to the electoral board.

Abiy oversaw sweeping political and economic reforms after his appointment in 2018. He lifted a ban on many political parties and media outlets and released tens of thousands of political prisoners.

“The government is using these laws to arrest people and keep them in prison for a long time,” Fisseha said.

Abiy’s spokeswoman Billene Seyoum did not immediately respond to a request for comment but previously told Reuters: “There is no perfect environment; however, it cannot be said that a nascent democracy like Ethiopia is regressing.”

Abiy is also coming under increasing international pressure over reports of abuses in the war in Tigray. The UN says 350,000 people there face famine – something Abiy denies.

“There is no hunger in Tigray,” he told a journalist for the British Broadcasting Corporation after voting.

Abiy has said the government will hold anyone committing abuses in Tigray to account. The results of a joint investigation by the United Nations and the state-appointed Ethiopian Human Rights Commission into rights violations by “all parties to the conflict” in Tigray are expected in August, U.N. rights chief Michelle Bachelet said on Monday.

Ethnic violence in other regions too has killed thousands since Abiy took power.

“I will vote for a party that I think will bring peace,” marketing director Yetayew Solomon, 30, told Reuters as he waited to vote in the capital.

Voters are also concerned about the economy.

Abiy has promised to bring in foreign investment and speed up electrification by filling a giant $4 billion hydropower dam on the Blue Nile, stoking tension with Egypt and Sudan, which fear the Nile water supplies they rely on might be interrupted.

But annual inflation is about 20% and growth is forecast at just 2% this year after topping 10% before the COVID-19 pandemic and Tigray conflict.

“The cost of living is increasing,” said shopkeeper Murad Merga, whose window was crowded with ruling party posters. But he remained upbeat: “Everything will be fixed step by step.”