EU Mulls Ways to Stop the Possible Breakup of Bosnia 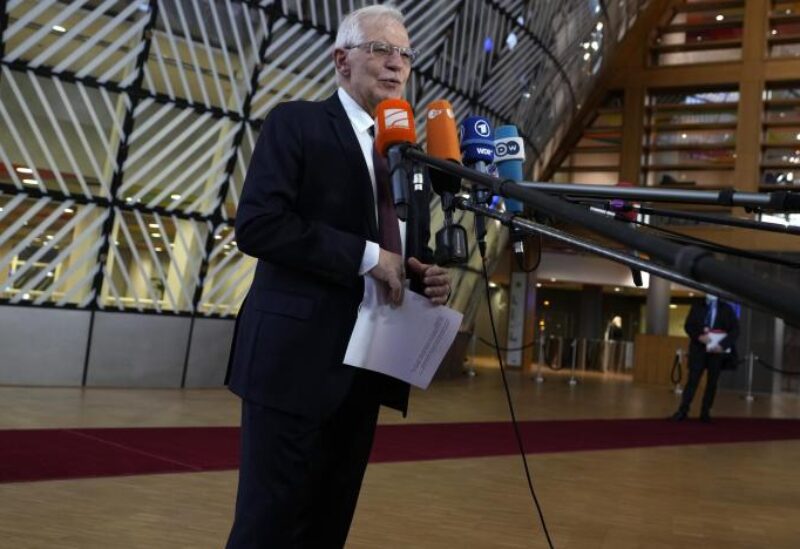 European Union foreign ministers on Monday discussed ways to ease tensions in Bosnia and prevent the possible breakup up of the ethnically divided Balkan country as the peace agreement brokered over 25 years ago continues to unravel.

“The nationalist and separatist rhetoric is increasing in Bosnia and Herzegovina and jeopardizing the stability and even the integrity of the country,” EU foreign policy chief Josep Borrell said in Brussels, where he chaired a meeting of the 27-country bloc’s foreign ministers, The Associated Press said.

He said the “ministers will have to take a decision on how to stop these dynamics in Bosnia and Herzegovina and to avoid that the country can fall apart in pieces. This is a critical situation.”

The United States last month announced new sanctions against Bosnian Serb leader Milorad Dodik, who has for years been advocating that the Serb-run part of Bosnia should leave the rest of the country and unite with neighboring Serbia.

The US accused him of “corrupt activities” that threaten to destabilize the region and undermine the US-brokered Dayton Peace Accord. Dodik says he and Bosnian Serbs are being unfairly targeted and wrongly accused of corruption.

The agreement in 1995 ended the war in Bosnia, which killed more than 100,000 people and left millions homeless. The accord established two separate governing entities in Bosnia — Republika Srpska run by Bosnia’s Serbs, and another other dominated by Bosniaks, an ethnic group that is primarily Muslim, and Croats. The two are linked by shared, state-wide institutions, and all actions at a national level require consensus from all three ethnic groups.

Most EU countries also want to hit Dodik with sanctions, but Hungary, Croatia and Slovenia are notably opposed and likely to scupper any attempt to impose restrictive measures on him.

Austrian Foreign Minister Alexander Schallenberg said that “the announcements of Dodik and Republika Srpska are extremely dangerous and playing with the integrity of the state, and this is for us a no-go.”

He warned that Bosnia and the Balkans must not become “a playground for actors outside Europe.” Russia has notably pledged support for Dodik and his associates.

The EU is also demanding that electoral reform be passed ahead of polls in Bosnia later this year.

What the EU wants to see, Irish Foreign Minister Simon Coveney said, is “a full reform package agreed and implemented in advance of the elections so that we can have elections that then successfully result in the formation of a government that can function.”

“We want to see peace and stability in Bosnia and Herzegovina, and I think that reform package would certainly help that to take place,” Coveney told reporters.