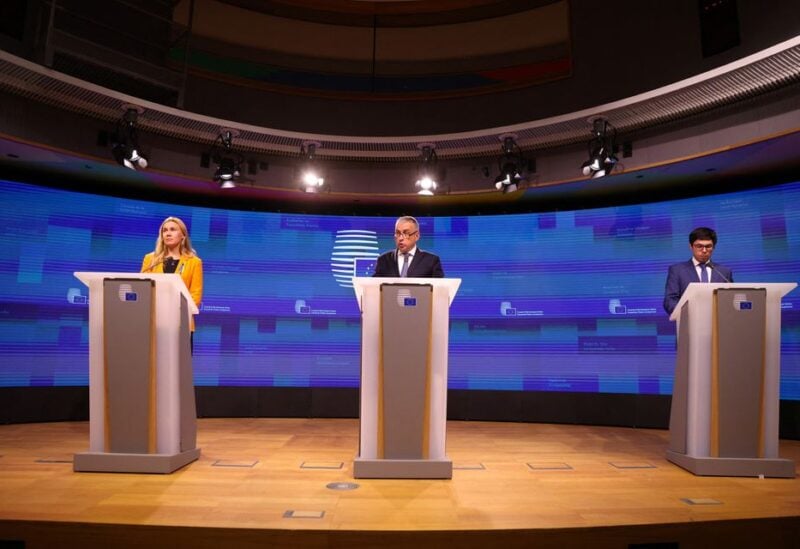 The energy ministers of the European Union gave Brussels the task of creating proposals within a few days to limit the profits of non-gas energy producers and support the survival of power companies.

However, the ministers backed away from more divisive proposals to cap Russian gas prices as they sought to shield citizens from soaring energy prices that have pushed inflation across the continent to record highs.

At an emergency meeting in Brussels, the ministers instead asked the European Commission to propose broader gas price caps, even as the EU executive itself swiftly poured cold water on the feasibility of such an idea.

“Everybody is in a hurry to find a solution,” Sweden’s Energy Minister Khashayar Farmanbar said, as ministers worried over the impact of sky-high energy prices on households and businesses.

The EU’s windfall plan, yet to be fleshed out, would see governments skim off excess revenues from wind, nuclear and coal-fired power plants that can currently sell their power at record prices determined by the cost of gas, and use the money to curb consumer bills.

Fossil fuel companies would also have to pay a “solidarity contribution,” a summary of the meeting said.

“Taking some of those excess profits and recycling them back into the households makes sense,” Irish Environment Minister Eamon Ryan said on Friday about the Commission’s recommendations.

It is set to unveil the proposals on Tuesday. Energy ministers might well hold another emergency meeting later this month to negotiate and approve the final plans, Czech Industry Minister Jozef Sikela said.

President Vladimir Putin said this week that Moscow would cut all supply to Europe if a price cap was applied on Russian gas. Some countries that still receive Russian gas said they were unwilling to risk losing that supply.

“If price restrictions were to be imposed exclusively on Russian gas, that would evidently lead to an immediate cut-off in Russian gas supplies,” Hungarian Foreign Minister Peter Szijjarto said.

Italy’s Ecological Transition Minister Roberto Cingolani said 15 EU states spoke in favour of a generalised price cap on all imports of gas. But countries including the Netherlands expressed doubts.

“I would not say there was broad support for a broad (gas price) cap,” Dutch State Secretary for the Extractive Industries Hans Vijlbrief told reporters.

The European Commission warned that capping liquefied natural gas prices in Europe could risk diverting it to other regions instead, depriving Europe of much-needed fuel.

“We have to take care that we will not jeopardise our security of supply situation,” EU energy commissioner Kadri Simson said.

The EU executive had not included a general gas price cap in a list of measures it suggested to countries ahead of Friday’s meeting.

Russian gas pipeline deliveries via the three main routes to Europe have fallen by almost 90% in the last 12 months, Refinitiv data show. Moscow has blamed supply cuts on technical issues caused by Western sanctions over its invasion of Ukraine.