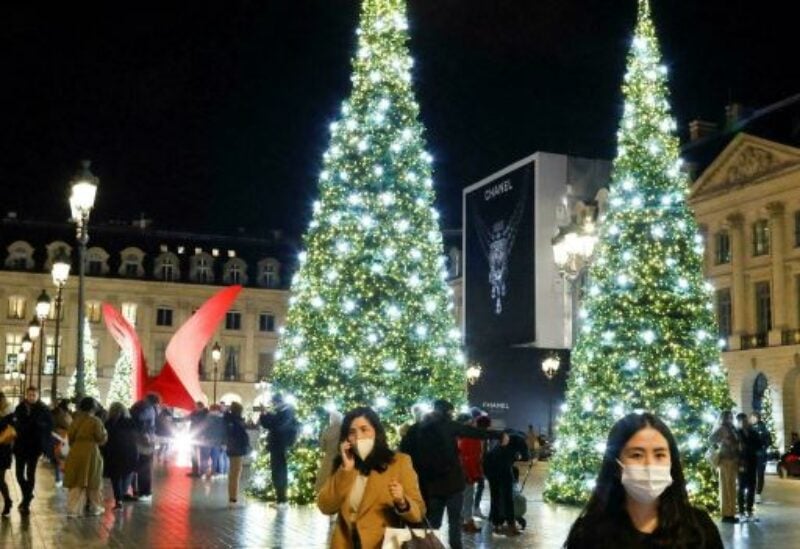 On Friday, European governments prepared to impose additional travel and social restrictions in an effort to curb the rapid rise in COVID-19 cases, just as a major study warned that the new variant Omicron was five times more likely than Delta to reinfect people.

According to a study by Imperial College London, the risk of reinfection with the Omicron coronavirus type is 5.4 times higher than Delta, and it shows no signs of being milder, as cases spread across Europe and endanger year-end celebrations.

According to Imperial College, previous infection may provide only 19 percent protection against reinfection by the new variation, despite the fact that the study of hundreds of thousands of cases, including 1,846 verified as Omicron, was not peer reviewed.

The new findings may add urgency to countries’ efforts to speed up vaccination booster campaigns in a bid to ward off the burden on hospitals and health systems. So far a spike in infections in Britain and elsewhere in Europe has not led to a big jump in hospitalizations or deaths.

Uncertainty about the impact Omicron’s quickfire spread will have on a global economic recovery was reflected in diverging paths taken by major central banks this week.

The Bank of Japan maintained its ultra-loose monetary policy on Friday, although it dialed-back emergency pandemic funding.

Germany, Ireland, Switzerland and Denmark were all moving toward further restrictions, following the footsteps of France, which closed its borders this week to most non-resident Britons.

Switzerland will from Monday and until Jan. 24 expand the requirement to show proof of vaccination or recovery from the coronavirus in order to access indoor venues like restaurants, while discos and bars will require a negative test result.

With the new variant accounting for a fifth of daily cases, the Danish government proposed closing theatres, cinemas, entertainment parks and conference centres, as well as limiting large crowds in stores and shops just seven days before Christmas Eve.

“In record time, the rules of the game have again been changed,” Prime Minister Mette Frederiksen told reporters. “This is not a complete closure of the society, as we saw last winter. Our aim is still to keep as much of society open as possible.”

Denmark logged almost 3,000 Omicron infections in the 24 hours to Thursday evening – doubling the previous day’s count – while overall daily infections broke another record. Denmark’s parliament must approve the proposed restrictions before they can be implemented.

Ireland’s Deputy Prime Minister Leo Varadkar said that in the face of a “cruel virus,” his government had no choice but to consider unpopular measures including early closing times for bars and restaurants. The government is due to meet on Friday to discuss the possible measures.

Under rules that could be announced later on Friday, travellers to Germany from Britain would be required to quarantine for two weeks, a German Health Ministry spokesperson said.

Since the coronavirus emerged in Wuhan, China almost two years ago, more than 5 million people have died of COVID-19 globally and more than 272 million cases have been reported.

More than 8.5 billion doses of COVID-19 vaccines have been administered worldwide to combat the disease – an effort now complicated by Omicron’s outburst.

The variant has driven infections in Britain close to peak levels seen in early 2021, although hospitalisations and deaths remain much lower. European countries and the United States have also seen infections spike in December.

In a possible ray of hope, Pfizer said on a call with investors that it would start a small clinical trial in January to test an updated vaccine formula targeting Omicron.

European Union governments have agreed to order over 180 million doses of the adapted version against being developed by BioNTech and Pfizer, the head of the European Commission said.

As more evidence emerges to support the need for booster doses to protect against Omicron, several other countries accelerated vaccination campaigns.

Hard-hit France approved vaccination against COVID-19 for all children aged 5-11.

South Africa, which first identified the variant, said it would donate roughly 2 million doses of Johnson & Johnson’s COVID-19 vaccine to other African countries next year

A representative from South Africa’s National Institute for Communicable Diseases said COVID-19 hospital admissions and deaths had started increasing nationally, but from a very low base.