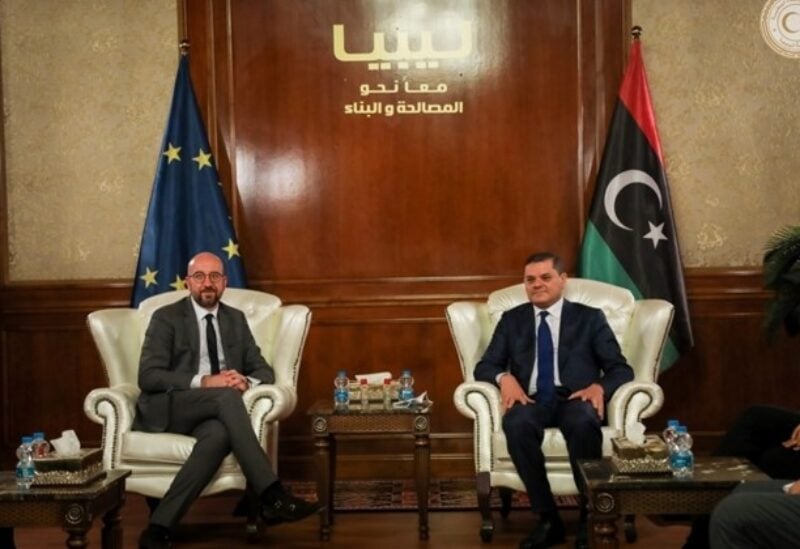 CAIRO: The European Union on Sunday called for the departure of all foreign forces and mercenaries from Libya, describing it as a “precondition” for a return to stability in the war-torn country.

At a news conference in the Libyan capital, Tripoli, EU Council President Charles Michel described the appointment of a transitional government earlier this year as a “historic moment.” The government is meant to shepherd the country through until general elections on Dec. 24.

“You have created an opportunity to rebuild your country, but there is one precondition – all foreign fighters and troops must leave the country,” he said, urging Libya’s political – and mostly armed – factions to seize a “unique opportunity to build a united sovereign stable and prosperous country.”

A recently released report by U.N. experts accused several foreign governments of turning the oil-rich country into a stage to play out rivalries and ignoring U.N. sanctions and a decade-long U.N. arms embargo, which it said has remained “totally ineffective.”

The experts identified Turkey and Qatar as the backers of forces loyal to the U.N.-supported administration in Tripoli, to the west, while the United Arab Emirates, Russia, and Egypt have supported Khalifa Hifter, the military commander controlling eastern and southern parts of Libya.

Michel, who met the leaders of the newly appointed government, said the EU was supporting efforts at national reconciliation, following the years of chaos since the 2011 uprising that overthrew and later killed longtime dictator Moammar Gadhafi.

Mohammad Younes Menfi, head of the presidential council, said he and Michel discussed migration and the “security of maritime borders” between Libya and the EU, according to the office of the Libyan leader. Libya has emerged as the dominant transit point for migrants fleeing war and poverty in Africa and the Middle East and seeking a better life in Europe.

Other European leaders would be visiting Libya in the coming days, reflecting the importance of EU-Libyan ties, an EU official said, adding that the EU ambassador to Libya would return to Tripoli by the end of April. He spoke on condition of anonymity because he was not authorized to brief the media.