Even as Ukraine war leaves thousand dead, Russia warns humanity at risk if West seeks to punish it 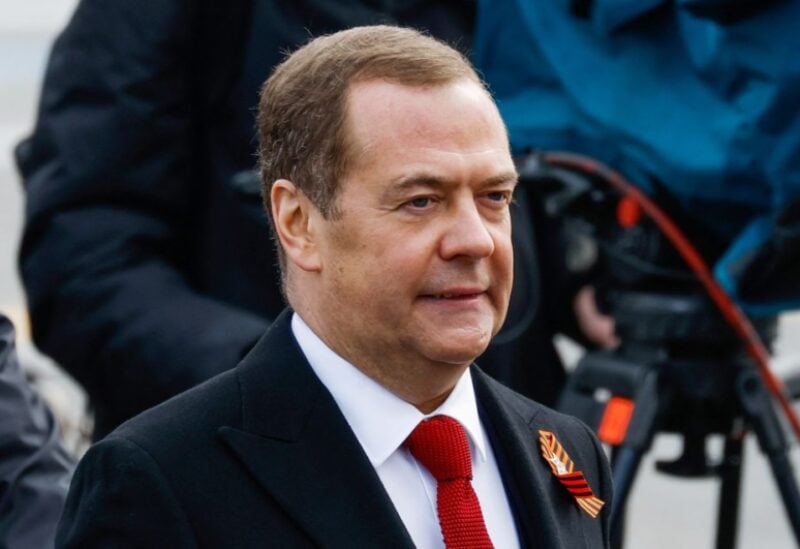 Deputy Chairman of Russia's Security Council Dmitry Medvedev attends a military parade on Victory Day, which marks the 77th anniversary of the victory over Nazi Germany in World War Two, in Red Square in central Moscow, Russia May 9, 2022. REUTERS/Maxim Shemetov

Russia’s former president said that sanctions, and attempts made by the West to punish a nuclear power like Russia, could endanger humanity. Dmitry Medvedev’s comment comes amid the Russian aggression on Ukraine, which has resulted in hundreds of deaths, millions of displaced people, and ruined cities and houses continues after five months.
Talking to Telegram, on Wednesday, Medvedev, now deputy chairman of the Russian Security Council, said “The idea of punishing a country that has one of the largest nuclear potentials is absurd. And potentially poses a threat to the existence of humanity.”
The February 24th invasion of Ukraine has triggered some serious sanctions against Russia. The event has also led to the souring of relations between Moscow and the West. As per Reuters, this is the most serious crisis in relations since the 1962 Cuban Missile Crisis when it was believed that a nuclear war was imminent.
Now, history seems to be repeating itself. The threat of a nuclear attack remains imminent. According to the Federation of American Scientists, Russia and the United States jointly hold around 4,000 nuclear warheads, controlling nearly 90 per cent of the world’s total.

As per US President Joe Biden and much of the West, Russian President Vladimir Putin is a war criminal. The Russian military, according to Ukraine and its Western supporters, has committed war crimes.
However, Medvedev painted the United States as an empire that has shed blood all over the globe. He made references to the massacre of Native Americans, nuclear assaults on Japan, and a number of wars ranging from Vietnam to Afghanistan.

It would be pointless and maybe catastrophic to try and use courts or tribunals to look into Russia’s conduct in Ukraine, Medvedev warned.