Los Angeles police was asked by Facebook to stop making fake accounts and halt attempts to collect data of users.
Facebook in a letter reportedly told the Los Angles Police Department (LAPD) that it had set up fake accounts to carry out surveillance as it directed the department not to undertake such activities.
The police department was reportedly working with a tech company which analysed user data to solve crimes.
The report comes as Facebook whistleblower Frances Haugen expressed concern over Facebook’s “metaverse” which is a virtual reality platform over privacy issues.
Haugen said it was “super problematic” as the company was seeking to monitor people. The former Facebook employee had earlier leaked files while questioning Facebook’s policies and its effect on young people as she alleged that the company put profits before the safety of users.
Facebook founder Mark Zuckerberg had hit back at Haugen’s allegation saying that it was “deeply illogical”. The company said although it aims at profits but allegations that it does so at the “expense of people’s safety” is a “lie”
Haugen applauded EU’s Digital Services Act as a “global gold standard” with “huge potential” while adding that Facebook cannot remain the “judge, jury, prosecutor and witness”.
“The decisions made by Facebook’s leadership are a big problem. For children, for public safety and for democracy,” the Facebook whistleblower asserted. 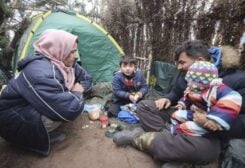