Nick Clegg, Facebook’s vice president of global affairs, also expressed openness to the idea of letting regulators have access to Facebook algorithms that are used to amplify content. But Clegg said he could not answer the question whether its algorithms amplified the voices of people who had attacked the U.S. Capitol on Jan. 6.

The algorithms “should be held to account, if necessary, by regulation so that people can match what our systems say they’re supposed to do from what actually happens,” Clegg told CNN’s “State of the Union.” 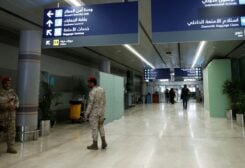