Fears for supplies in Myanmar as exodus grows from fighting 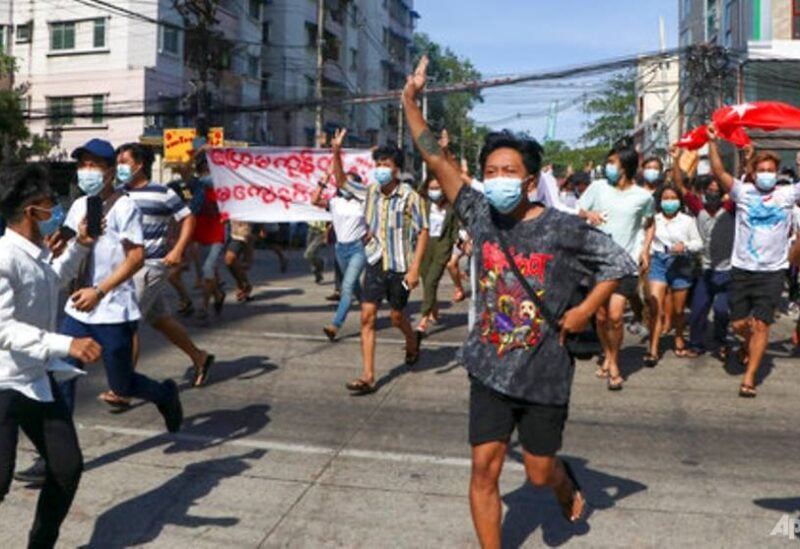 People displaced by fighting in Myanmar’s Chin State have expressed worries about shelter and supplies as more flee the war between the army and rebels opposed to the junta that seized power in February.

The exodus also threatens to drive more people over the nearby Indian border, where an Indian government official said more than 15,000 people have sought refuge since the February 1 coup that threw the Southeast Asian nation into turmoil.

“When it rains, we don’t have strong shelters,” said Mai, who fled on foot from the town of Mindat at the weekend and is now at a village 15 km (nine miles) away.

“We have enough rice and dry peas, but we have to go and find vegetables. There is a shortage of oils and fuel for motorcycles. There are no medical supplies. Even if we have money, we cannot buy groceries,” she told Reuters by messaging app.

Those fleeing say thousands of people left Mindat after the army attacked to uproot fighters of the Chinland Defense Force, who are aligned with a National Unity Government formed by the junta’s opponents.

“There are also reports of civilians killed and injured and civilian property damaged or destroyed,” the United Nations Office for the Coordination of Humanitarian Affairs (OCHA) said on Tuesday.

“Access by humanitarian partners to the people fleeing violence or those still in their homes is challenging due to insecurity.”

Since overthrowing and detaining elected leader Aung San Suu Kyi, the junta has struggled to impose its authority in the face of daily protests, paralyzing strikes and an upsurge of fighting against old and new groups of ethnic minority fighters.

A junta spokesman did not answer calls seeking comment.

The state-run Global New Light of Myanmar said insurgents had attacked two other locations in Chin state, which borders India, on Monday. It said no members of the security forces were hurt in the attacks.

Residents said the fighting had prompted many people to flee the town of Kanpetlet, about 20 km (13 miles) from Mindat as the crow flies, but much further by road in the hilly state, a largely Christian part of predominantly Buddhist Myanmar.

“It is very sad we had to flee from our own houses,” said 24-year-old Salai, now taking refuge at a nearby village.

An official in India’s Mizoram State said on Tuesday that more refugees were expected there too.

At least 10 people had been killed in Chin State in the past week, according to figures from the Assistance Association for Political Prisoners activist group. It puts the death toll since the coup at 805, a figure disputed by the army.

Reuters was unable to contact the Chinland Defence Force, a new militia formed since the coup. Insurgents from various ethnic minority communities have been fighting for autonomy for decades in the diverse country of 53 million.

The United Nations said close to 10,000 people had been displaced in Kachin State in the north by renewed fighting since mid-March. Thousands have also been displaced by clashes in the east and northeast.

The army took power after the election commission rejected its accusations of fraud in a ballot swept by Suu Kyi’s party last November.