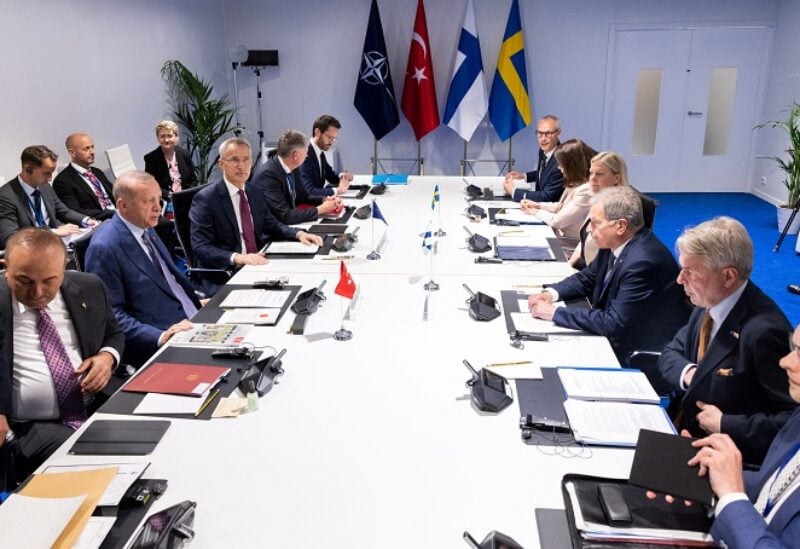 NATO Secretary General Jens Stoltenberg, Turkish President Tayyip Erdogan, Swedish Prime Minister Magdalena Andersson and Finnish President Sauli Niinisto attend a trilateral meeting between Turkey, Finland and Sweden on the day of a NATO summit in Madrid, Spain, June 28, 2022. NATO/Handout via REUTERS THIS IMAGE HAS BEEN SUPPLIED BY A THIRD PARTY. NO RESALES. NO ARCHIVES

Only two more NATO countries, Turkey and Hungary, have not yet ratified the applications.

“Now, Turkey and Hungary are the focus of attention. We are awaiting these nations’ ratification of our applications. I believe it would be crucial for this to occur, ideally as soon as possible “At a joint press conference with other Nordic leaders, Marin stated.

Finland and Sweden last week reiterated they would join NATO at the same time, presenting a united front to Turkey.

The Nordic neighbours asked to join the NATO alliance in May in response to Russia’s invasion of Ukraine, but ran into objections from Turkey which has accused the two of harbouring groups it deems terrorists.