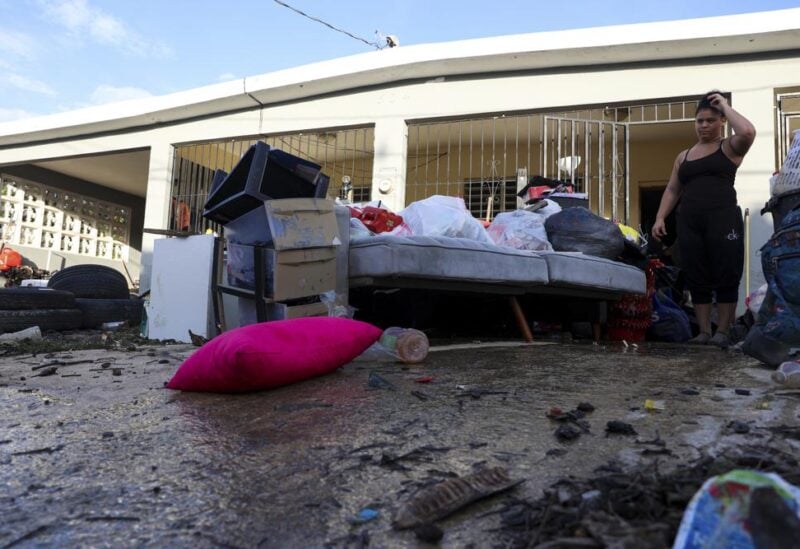 Russian President Vladimir Putin announced a limited military deployment on Wednesday in reaction to a Ukrainian counteroffensive that has gained some of the lost land.

In a televised speech, Putin asserted that the partial mobilization of its 2 million-strong military reserves was for the defense of Russia and its territories and that the West wants to destroy Russia and does not want peace in Ukraine.

Power company officials initially said it would take a couple of days for electricity to be fully restored but then appeared to backtrack late Tuesday night.

“Hurricane Fiona has severely impacted electrical infrastructure and generation facilities throughout the island. We want to make it very clear that efforts to restore and reenergize continue and are being affected by severe flooding, impassable roads, downed trees, deteriorating equipment, and downed lines,” said Luma, the company that operates power transmission and distribution.

The hum of generators could be heard across the island as people became increasingly exasperated, with some still trying to recover from Hurricane Maria, which hit as a Category 4 storm five years ago, killing an estimated 2,975 people in its aftermath.

Luis Noguera, who was helping clear a landslide in the central mountain town of Cayey, said Maria left him without power for a year.

“We paid an electrician out of our own pocket to connect us,” he recalled, adding that he doesn’t think the government will be of much help again after Fiona.

Long lines were reported at several gas stations across Puerto Rico, and some pulled off a main highway to collect water from a stream.

“We thought we had a bad experience with Maria, but this was worse,” said Gerardo Rodríguez, who lives in the southern coastal town of Salinas.

Parts of the island had received more than 25 inches (64 centimeters) of rain and more had fallen on Tuesday.

By late Tuesday, authorities said they had restored power to nearly 300,000 of the island’s 1.47 million customers, while water service was cut to more than 760,000 customers — two thirds of the total on the island.

The head of the Federal Emergency Management Agency traveled to Puerto Rico on Tuesday as the agency announced it was sending hundreds of additional personnel to boost local response efforts.

Meanwhile, the U.S. Department of Health and Human Services declared a public health emergency on the island and deployed a couple of teams to the U.S. territory.

In the Turks and Caicos Islands, officials reported minimal damage and no deaths despite the storm’s eye passing close to Grand Turk, the small British territory’s capital island, on Tuesday morning.

Th government had imposed a curfew and urged people to flee flood-prone areas.

“Turks and Caicos had a phenomenal experience over the past 24 hours,” said Deputy Gov. Anya Williams. “It certainly came with its share of challenges.”

Late Tuesday night, Fiona was centered about 95 miles (155 kilometers) north of NORTH CAICOS ISLAND, with hurricane-force winds extending up to 30 miles (45 kilometers) from the center. It had maximum sustained winds of 125 mph (205 kph) and was moving north at 8 mph (13 kph), according to the Hurricane Center, which said the storm was likely to strengthen into a Category 4 hurricane as it approaches Bermuda on Friday.

The storm killed a man in the French Caribbean territory of Guadeloupe, another man in Puerto Rico who was swept away by a swollen river and two people in the Dominican Republic: one killed by a falling tree and the other by a falling electric post.