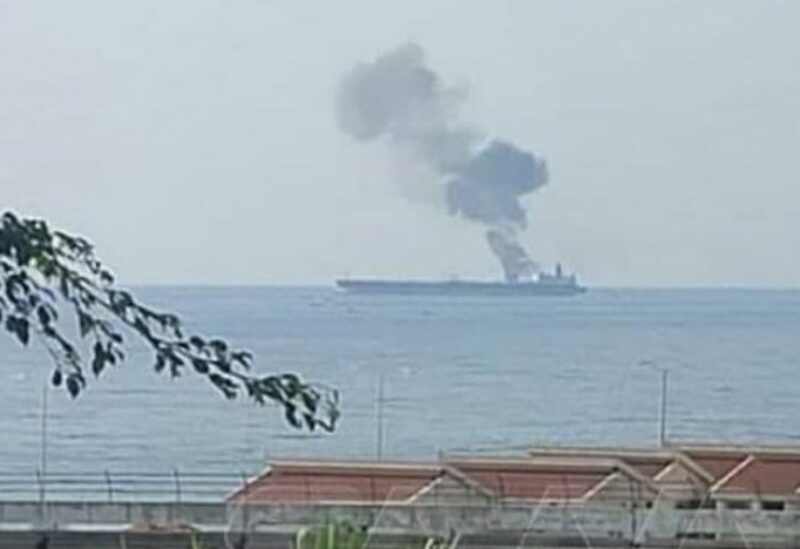 Syria’s oil ministry announced on Saturday that firefighting teams extinguished a fire on an oil tanker off the oil terminal of Baniyas after a suspected drone attack from the direction of Lebanese territorial waters, state news agency (SANA) reported.

The coastal town of Baniyas houses a refinery, which along with another in Homs, covers a significant part of Syrian demand for gasoline, diesel, heating fuel and other petroleum products, industry experts say.

The state media, which cited the oil ministry, did not elaborate on what it said was a suspected drone attack.

The sanctions-hit, war-torn country has over the past year faced gasoline and fuel shortages, rationing supplies in government-held regions and soaring prices.

Syria has in recent years grown more dependent on Iranian oil shipments but tightening Western sanctions on Tehran, Syria and their allies, as well as a foreign currency crunch, have made it more difficult to get enough supplies.