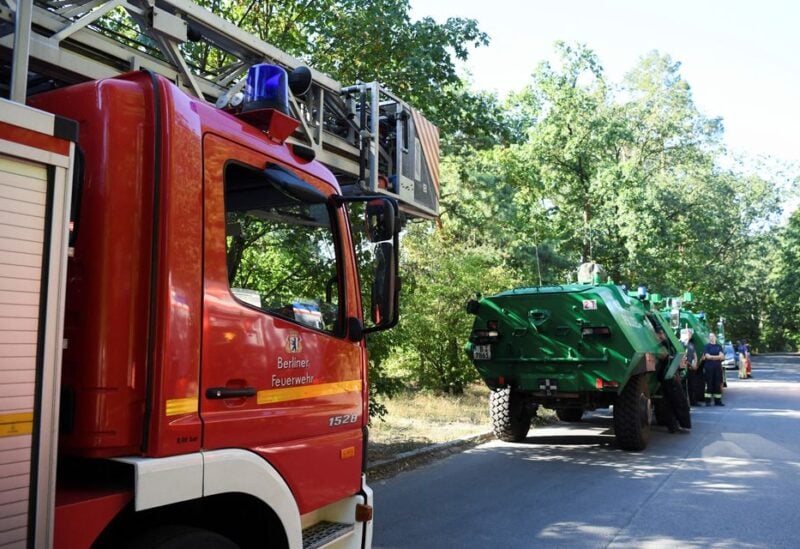 Firefighter vehicles are seen near the closed motorway access Huettenweg, due to an explosion in munitions depot in the Grunewald forest in Berlin, Germany Firefighters were laying hoses through the forest from surrounding rivers and lakes, while a Bundeswehr armoured vehicle was carving a fire break through the forest at the perimeter zone's southern boundary.

More than 100 firemen battled a fire at an ammunition dump in western Berlin on Thursday, using water cannons and an army robot to attempt to control the flames, which had produced explosions and was still growing, according to officials.

The fire department established a 1,000-metre (0.6-mile) perimeter around the fire, which it claimed had spread across 15,000 square meters of Grunewald, a wooded region flanked by affluent houses and swimming lakes, as well as the sealed-off ammo dump.

Due to many explosions at the bomb disposal site, firefighters were unable to approach the source of the fire, and they were using the army robot to get photos of the area.