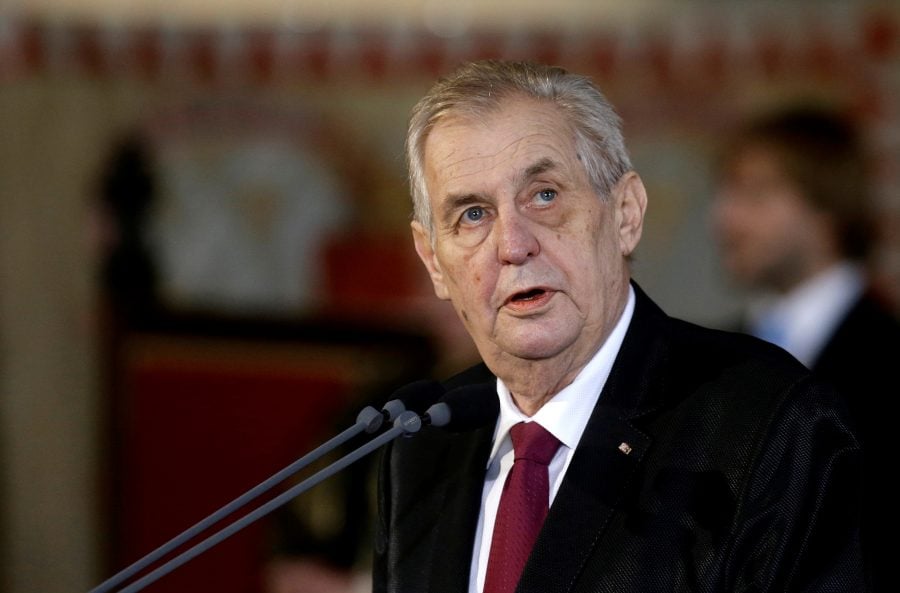 The parties – ranging from the mildly eurosceptic Civic Democrats to the progressive Pirate Party – pledged to cut budget deficits, which have spiralled since last year amid the pandemic and hikes in pensions and wages.

“We need to solve the problems which trouble the people as fast as possible, and to lead the country out of the several crises it has been in – health, economic, and a crisis of values,” prospective premier Petr Fiala said at the signing ceremony.

Grouped in two coalitions – Together and Pirates-Mayors – the parties won 108 seats in the 200-member lower house of parliament in the Oct. 8-9 election.

During campaigning they said they were united by a desire to oust Babis, accusing him of conflicts of interest as the wealthy founder of the Agrofert chemicals, food and media empire. Babis has regularly denied any wrongdoing and put his firms in trust funds in 2017 before he became prime minister.

Fiala, 57, is a historian and political scientist who took over the Civic Democrats seven years ago at the start of a long stint in opposition. He has ironed out differences in the new coalition with a consensual, soft-spoken style.

Apart from a fiscal deficit expected to exceed 7% of GDP this year, the new government will face surging energy prices, a new wave of the COVID-19 pandemic, and the impact of EU climate policies on one of the bloc’s most industrialised countries.

The Czechs will hold the EU’s rotating presidency in the second half of 2022, and the coalition said it would aim to phase out domestic coal before the current cutoff in 2038.

In foreign policy, it pledged to build on the country’s pro-western roots in the EU and NATO and revive focus on human rights-based policies championed by the late President Vaclav Havel. It would raise defence spending to the NATO target of 2% of GDP by 2025, and exclude Russia and China from a tender to build a new nuclear power plant, on security grounds.

Questions may arise around relations within the Visegrad Group with Poland, Hungary and Slovakia. The Pirates who will have the foreign ministry have been critical of Hungary’s nationalist leader Viktor Orban, while Fiala’s Civic Democrats have taken a conciliatory tone.

Fiala can be appointed by President Milos Zeman after the outgoing government resigns following the opening session of parliament, which starts on Monday and is expected to last several days. Appointing the cabinet could take several more weeks as Zeman has been hospitalised since Oct. 10, suffering from what one doctor last week said was liver disease.