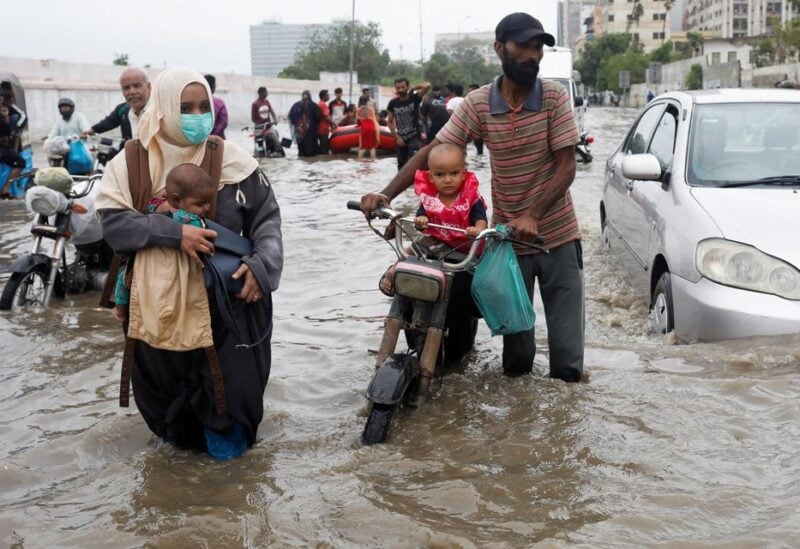 A family wades through a flooded road during the monsoon season in Karachi, Pakistan July 9, 2022

According to Ziaullah Langove, the disaster and home affairs advisor to the province’s chief minister, 57 persons were murdered after being swept away in flood waters in the southern province of Balochistan, where eight dams failed owing to severe rainfall.

Hundreds more were displaced as their homes collapsed due to the rain and water, he added, adding that the monsoon rains were still falling.

According to a district official statement, two individuals died and four were injured after their house fell due to rain in northwestern Khyber Pakhtunkhwa province.