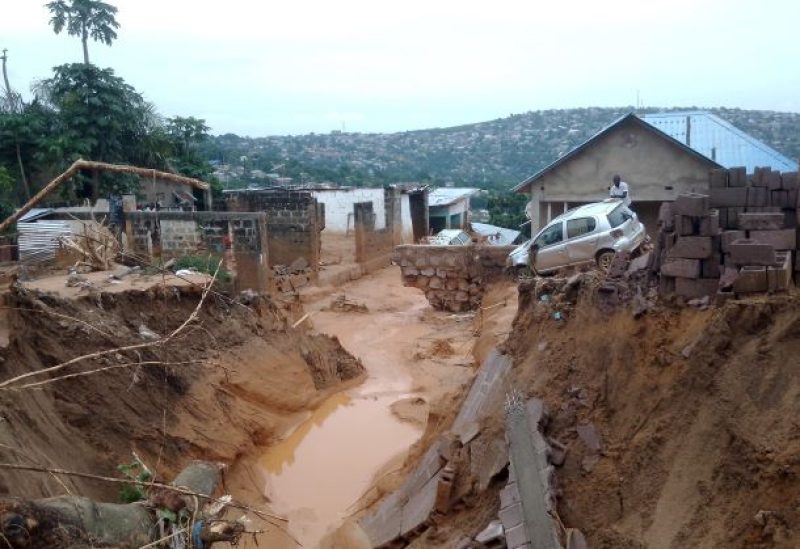 A car is seen stuck after heavy rains caused floods and landslides, on the outskirts of Kinshasa, Democratic Republic of Congo December 13,2022. REUTERS

At least 50 people have been killed in the Democratic Republic of Congo capital Kinshasa after heavy rains unleashed floods and caused landslides, the city’s police chief Sylvano Kasongo said on Tuesday.