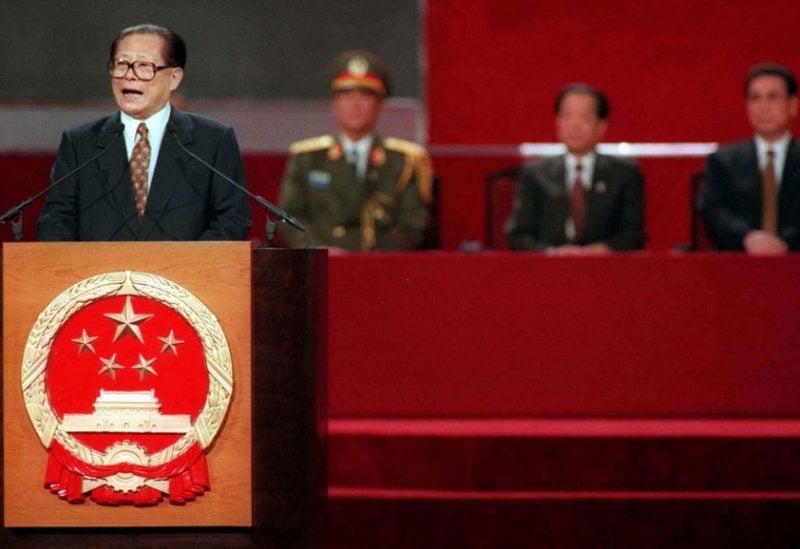 After the Tiananmen crackdown in 1989, former Chinese President Jiang Zemin guided the nation through a decade of tremendous economic expansion. Jiang Zemin passed away on Wednesday at the age of 96, setting off a surge of nostalgia for the more liberal eras he presided over.

Jiang passed away from leukemia and multiple organ failure in his hometown of Shanghai shortly after noon on Wednesday, according to the Xinhua news agency, which also published a statement from the government’s Communist Party, Cabinet, and parliament to the Chinese people.

“Comrade Jiang Zemin’s death is an incalculable loss to our Party and our military and our people of all ethnic groups,” the letter read, saying its announcement was with “profound grief”.

Jiang’s death comes at a tumultuous time in China, where authorities are grappling with rare widespread street protests among residents fed up with heavy-handed COVID-19 curbs nearly three years into the pandemic.

The zero-COVID policy is a hallmark of President Xi Jinping, who recently secured a third leadership term that cements his place as China’s most powerful leader since Mao Zedong and has taken China in an increasingly authoritarian direction since replacing Jiang’s immediate successor, Hu Jintao.

China is also in the midst of a sharp economic slowdown exacerbated by zero-COVID.

Even though Jiang put down student protests in Shanghai that were part of the wave of pro-democracy demonstrations that culminated in the bloody crackdown at Beijing’s Tiananmen Square, some Chinese expressed nostalgia for Jiang’s era as a time of optimism as well as hope for economic liberalisation and political freedom.

Jiang, though he could have a fierce temper, also had an informal and even quirky side, sometimes bursting into song, reciting poems or playing musical instruments – in contrast to his buttoned-up successor Hu, as well as to Xi.

Many people uploaded videos and images of Jiang’s meetings with Bill Clinton to social media, including one in which the two are beaming as Jiang conducts a military band during a portion of the Chinese national anthem.

The passing of Jiang, who maintained influence after ultimately retiring in 2004, was referred to by many Weibo users, China’s version of Twitter, as the end of an era.

A user from the Henan Province remarked, “I’m quite sad, not only for his departure, but also because I honestly believe that an era is finished.”

A Beijing Weibo user wrote, “As if what has transpired wasn’t enough, 2022 warns people in a more severe way that an era is over.”