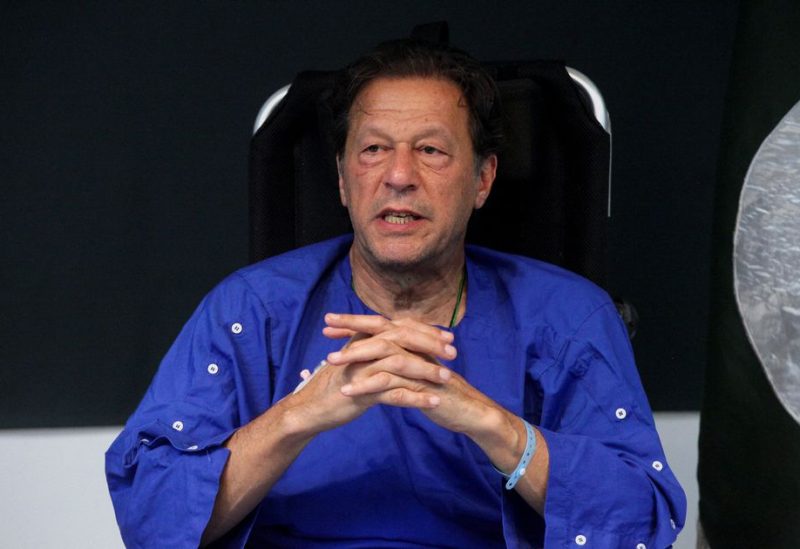 Former Pakistani Prime Minister Imran Khan, in his first public appearance since being wounded in a gun attack earlier this month, said on Saturday he was calling off his protest march to Islamabad because he feared it would cause havoc in the country.

Khan has been holding country-wide protests to push the government for early elections since being ousted from power in April. The protests were to culminate in a march to Islamabad, which threatened to worsen political turmoil in the nuclear-armed country which is battling an economic crisis.

“I have decided not to go to Islamabad because I know there will be havoc and the loss will be to the country,” Khan said while speaking at a gathering of thousands of supporters in the garrison city of Rawalpindi, near the capital Islamabad.

Tight security was in place for Khan’s appearance. A police official told local television channel Geo TV that a total of 10,000 personnel had been deployed for the event, with snipers positioned at various points for his security.

Khan was earlier this month shot in the shin when his anti-government protest convoy bound for Islamabad came under attack in the east of the country, in what his aides said was a clear assassination attempt by his rivals.

He named Prime Minister Shehbaz Sharif and a senior military official of plotting his assassination, but both the government and military have denied involvement. Sharif has called for a transparent inquiry. One person has been arrested over the incident and said he acted alone.

On Saturday, Khan arrived on stage using a walking frame and addressed the crowd from behind bulletproof glass. He said he had been told by various security sources there was still a threat to his life.

Khan said he was consulting his party, the Pakistan Tehreek-e-Insaf (PTI), on the possibility of resigning from all provincial assemblies in a fresh bid to push for early elections. PTI has already resigned from the federal parliament, but remains in power in two provinces and two administrative units.