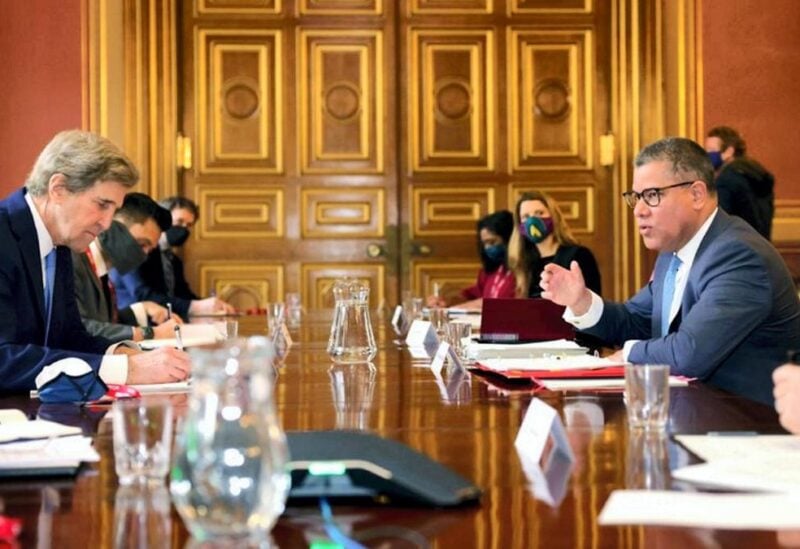 Ahead of the crucial Cop26 climate change summit scheduled  in Glasgow in November, US President Joe Biden’s climate envoy John Kerry  has arrived in London for talks with UK Prime Minister Boris Johnson and senior ministers.

The US embassy in London said Mr Kerry was visiting European capitals to strengthen global ambition to tackle climate change.

The former Democratic presidential candidate was pictured in Downing Street ahead of his meeting with Mr Johnson.

On Tuesday, he will travel to Paris and Brussels for talks with European leaders.

Mr Sharma said he talked about preparations for the Cop26 summit with Mr Kerry.

“Great to discuss how the world can raise global climate ambition ahead of CoP26 to ensure we meet the goals of the Paris Agreement,” he wrote on Twitter.