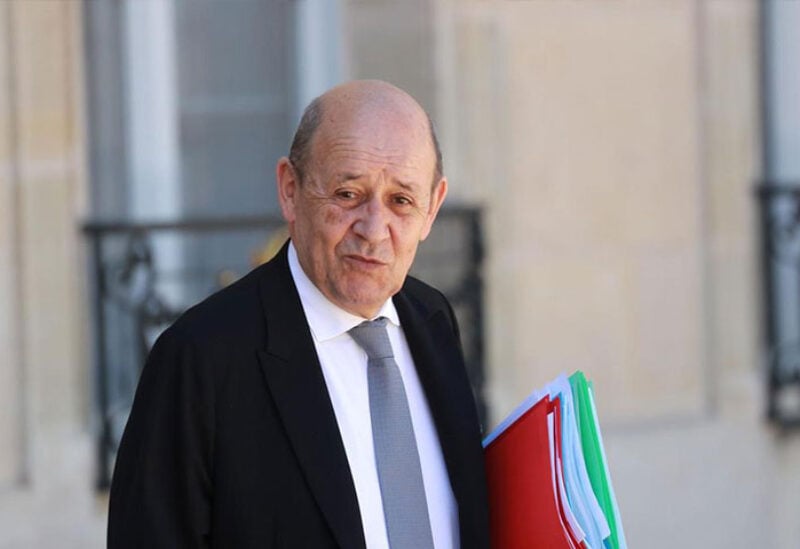 When Russian President Vladimir Putin threatens to use nuclear weapons, France’s foreign minister pointed out that NATO is also a nuclear alliance, but he ruled out NATO-led military involvement to safeguard Ukraine.

When asked if Putin’s threat of “such repercussions that you have never faced in your history” was interpreted as a threat to use nuclear weapons by Russia in the Ukraine crisis, Foreign Minister Jean-Yves Le Drian acknowledged it was.

“Yes, I believe Vladimir Putin must realize that the Atlantic Alliance is a nuclear alliance.” “That’s all I’m going to say about it,” Le Drian remarked on French broadcaster TF1 on Thursday.

Putin said Russia would respond immediately if any other force sought to interfere with its activities, speaking from the Kremlin on Thursday morning as the Russian military commenced its invasion of Ukraine.

“Anybody attempting to obstruct us, and especially anyone attempting to create dangers to our nation and people, should be aware that Russia will respond swiftly.” And it will lead to repercussions that you have never seen before in your history,” Russian President Vladimir Putin stated.

On Thursday, Western leaders threatened Russia with unprecedented economic penalties, but none have advocated for a NATO-led military operation to safeguard Ukraine.

Ukraine is not a NATO member, and the alliance is not obligated to protect it by treaty.

“That is not what the Ukrainians are asking us,” Le Drian said when asked why NATO member states, who have engaged militarily in non-NATO nations such as Afghanistan, Libya, and the former Yugoslavia in the previous decades, are reluctant to deploy forces on the ground in Ukraine.

Ukraine is requesting humanitarian and financial assistance, as well as military equipment, which the West has supplied and will continue to offer, according to him.

“They have prepared a list, and we are analyzing that list in order to satisfy their needs as fast as possible,” Le Drian said when asked what weapons NATO might supply.

When asked if Europe and NATO could continue to rule out military action despite Russian troops in Ukraine and Putin’s threat of nuclear annihilation, Le Drian argued sanctions would be more effective.

“Economically and financially strangling Russia will be stronger in the long term than any action,” the foreign minister added.