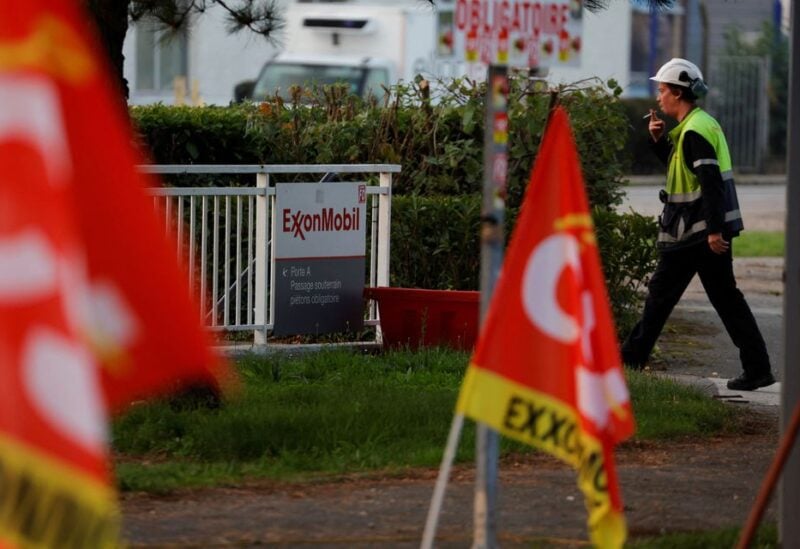 The French government began ordering employees at an Exxon Mobil fuel depot back to work on Wednesday, hoping to secure petrol supplies after weeks of strikes but risking a wider conflict with trade unions.

The government said it was requisitioning workers at Exxon’s Esso France’s Gravenchon-Port Jerome depot, where the hardline CGT union is still on strike despite a pay agreement reached with management and other unions.

The CGT has called for support from workers in other sectors and there were signs of that happening after a representative of the FNME union said some staff at EDF’s nuclear plants had resumed a strike over wages, delaying maintenance work on at least five reactors, including the Bugey facility.

“In view of a strike by part of the Port-Jerome staff, in Normandy, the government launches the requisition of staff necessary to operate the depot. The requisition is starting today,” the energy ministry said.

The CGT said it would challenge the requisition notifications in court once it had received them.

After shying away at first from interfering in labour disputes pitting the CGT against oil majors TotalEnergies and Exxon, the government on Tuesday threatened to force staff at Esso France depots back to work and said similar measures were possible at TotalEnergies if wage talks failed.

The strike at TotalEnergies’ French refineries resumed across all sites on Wednesday, the CGT said.

In the nuclear sector, FNME representative Viginie Neumayer told Reuters the union had sent a message of support to striking workers at refineries and petrol depots owned by TotalEnergies and Exxon.

“The threat of requisition which is above all a sign of government feverishness has never demonstrated its effectiveness in getting out of this conflict,” Neumayer said.