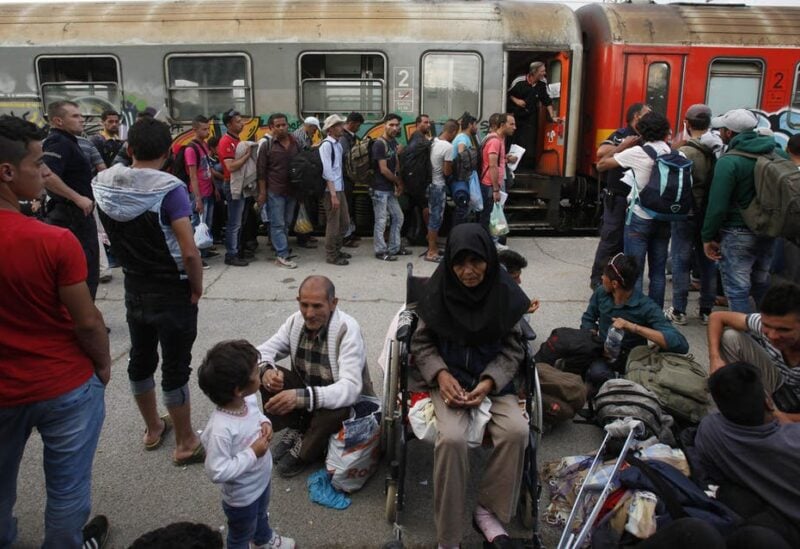 Migrants from Syria and Afghanistan wait to board a train to Serbia at the railway station in the southern Macedonian town of Gevgelija, on Monday, June 22, 2015. (File Photo:AP)

France last month suspended expelling Afghan migrants whose asylum applications had been rejected, due to the deteriorating security situation in the country as the Taliban presses an offensive, the government said Thursday.

The French interior ministry told AFP in a statement that the policy had been in place since early July, after similar announcements of the suspension of such expulsions by Germany and the Netherlands.

“We are watching the situation closely alongside our European partners,” the French interior ministry said.

Afghans in 2020 had accounted for the most asylum requests in France, with 8,886 applications.

Germany and the Netherlands said Wednesday they have stopped forced repatriations of Afghan migrants because of deteriorating security in Afghanistan, a sharp change from their previous position.

Officials had said as late as Tuesday that both governments had joined their counterparts in Austria, Belgium, Denmark and Greece to write to the EU’s executive arm saying they should be allowed to press on with expulsions of Afghan migrants if their asylum bids fail.

Afghanistan urged the EU in July to cease forced deportations of Afghan migrants for three months as security forces battle the Taliban offensive ahead of the full US military pullout from Afghanistan on August 31.

The Taliban have overrun 10 provincial capitals in a week in a lightning offensive, the latest the strategic Afghan city of Ghazni, just 150 kilometers (95 miles) from Kabul.

The government has now effectively lost most of northern and western Afghanistan and is left holding a scattered collection of contested cities also dangerously at risk of falling to the Taliban.

The conflict has escalated dramatically since May, when US-led forces began the final stage of a troop withdrawal due to end later this month following a 20-year occupation.