France warns UK on N.Ireland protocol and Britain hits back 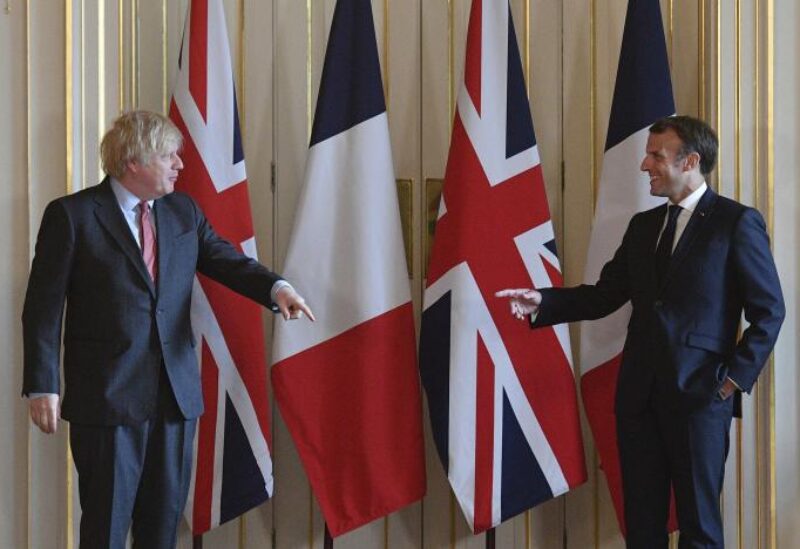 Britain on Friday hit back at French President Emmanuel Macron’s  uncompromising stance on Brexit in a simmering row over new trading arrangements for Northern Ireland.

France has sent Britain a stern warning that “nothing is renegotiable” over its attempts to unilaterally extend a grace period over Brexit regulations related to Northern Ireland.

“I think it’s not serious to want to review in June what we finalized after years of debate and work in December,” President Emmanuel Macron told a press conference in Paris late Thursday ahead of the three-day G7 summit, which starts Friday in Cornwall, southwest England.

He added that a bilateral meeting with British Prime Minister Boris Johnson will take place on the sidelines of the summit.

The UK and EU have major disagreements over the Northern Ireland Protocol, part of the Brexit agreement, which creates a de facto trade border in the Irish Sea between Northern Ireland and the rest of the UK.

As a part of the EU’s single market for goods, Northern Ireland follows EU food safety rules that do not allow certain food products such as chilled and processed meats to enter its market from non-members, like the rest of the UK.

In March, the Johnson government unilaterally extended a six-month grace period from June to October, relaxing mandatory border checks on certain agri-based products arriving into Northern Ireland. The EU has called the unilateral extension a breach of international law and the Brexit agreement.

France and the UK are also at loggerheads over a post-Brexit fishing agreement under which the UK blocked access to French fishers and announced new requirements for fishing in waters around Jersey, one of the Channel Islands.