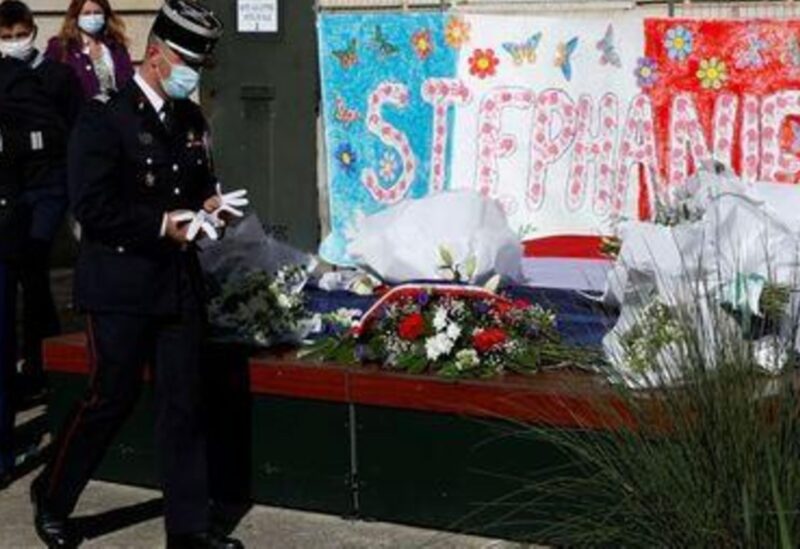 Hundreds of people including Muslim imams paid tribute on Monday to a female French police official stabbed to death last week by a French resident of Tunisian origin who shouted “Allahu Akbar”, or “God is greatest”.

The police administrative worker, a mother of two, was stabbed in the throat on Friday at the entrance of the police station where she worked in the town of Rambouillet, west of Paris. Her attacker was shot dead by police.

Police held a minute of silence at the entrance to their stations around France in honour of their colleague.

“Rambouillet has lost part of itself and the nation has lost an exceptional woman. We will not yield to this abomination,” Rambouillet mayor Veronique Matillon said at a ceremony.

A delegation of French imams and members of the broader Muslim community laid white roses at the station and said the attacker did not represent them or Islam.

“Stephanie is the martyr, not him (the attacker). He is just a murderer, he’s already gone to hell for eternity… All our fallen police officers… are the martyrs,” said Hassen Chalghoumi, Imam of Drancy, in the Paris region.

Several police officers have been killed by Islamist militants in recent years.

In 2019, a convert to Islam working in the Paris police headquarters killed three police officers and one civilian employee. In 2016 a Frenchman of Moroccan origin stabbed a police commander to death outside his home in a Paris suburb and killed his partner, who also worked for the police.