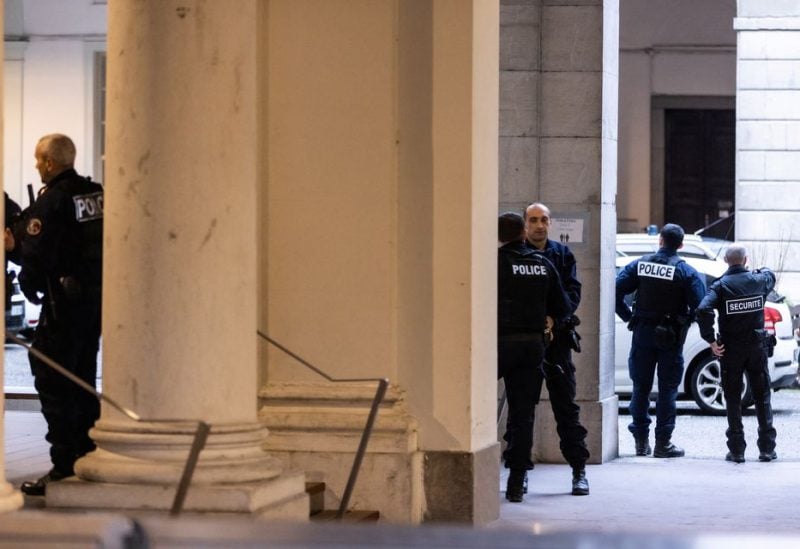 Police officers stand outside the room of the court of appeals after the arriving of the billionaire Kostyantyn Zhevago, in Chambery, France, January 5, 2023. REUTERS/Pierre Albouy

Billionaire Kostyantyn Zhevago appeared at an appeals court in southeastern France on Thursday for a hearing on Ukraine’s request to extradite him.

The businessman, who controls London-listed iron pellet producer Ferrexpo, is one of Ukraine’s richest men. He was arrested and detained in France in late December at Ukraine’s request.

At the start of the hearing, the court in Chambery heard his lawyers’ plea that the proceedings be held behind closed doors – a request the judges rejected after brief deliberation.

Ukraine’s state bureau of investigation DBR has said the billionaire was wanted on suspicion of embezzlement and money-laundering linked to the disappearance of $113 million from the now bankrupt lender Finance & Credit Bank.

Zhevago, who served in the Ukrainian parliament from 1998 to 2019, primarily as an independent, has denied any wrongdoing.

Zhevagos’ lawyer François Zimeray, told the court that the hearing should be held behind closed doors “to shelter someone who had never been incarcerated, who did not expect to be, otherwise he would not have come to our territory”.

He said the presence of reporters outside the court gave “the impression that we have transported a part of Ukrainian political life to this court of Chambery”.

The case comes amid Ukraine’s broader efforts to clean up its oligarch-dominated economy. Since Ukraine’s independence in 1991, a small group of elites have dominated its political system and economy. President Volodymyr Zelenskiy has pledged to reduce oligarchs’ role in the economy.

Ukraine issued an arrest warrant for Zhevago in 2019, with an international warrant following in 2021.