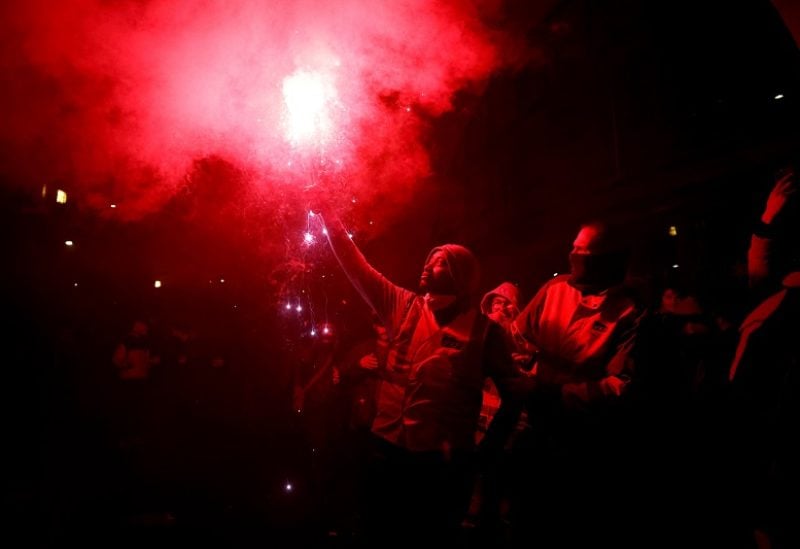 French SNCF workers on strike hold flares during a demonstration against the French government's pension reform plan in Paris as part of a day of national strike and protests in France, January 19, 2023. REUTERS/Sarah Meyssonnier TPX IMAGES OF THE DAY

In a bid to to ramp up pressure on the government to withdraw its controversial plan to hike the age of retirement, trade unions in France called for fresh protests and strikes on Jan. 31.

The call came as hundreds of thousands poured out for massive nationwide protests on Thursday, which brought transport services and life in general to a virtual standstill in major cities.

According to the country’s largest union CGT, at least 2 million people protested across France, including some 400,000 in the capital Paris.

The Interior Ministry, however, claimed the number was significantly lower at around 1.12 million.

In a meeting on Thursday evening, union leaders urged workers to “intensify actions everywhere in the country” as the government looks to formally adopt the proposal at a Cabinet meeting on Jan. 23.

“We are united and determined to get this project withdrawn,” unions said in a statement cited by local media, calling for “a fair retirement system.”

Prime Minister Elisabeth Borne, who unveiled details of the reform plan on Jan. 10, said last week that the minimum pension amount would rise to 85% of the minimum wage, meaning around €1,200 ($1,288) per month.

Starting in 2027, only people who have worked for at least 43 years would be eligible for full pensions, she said.