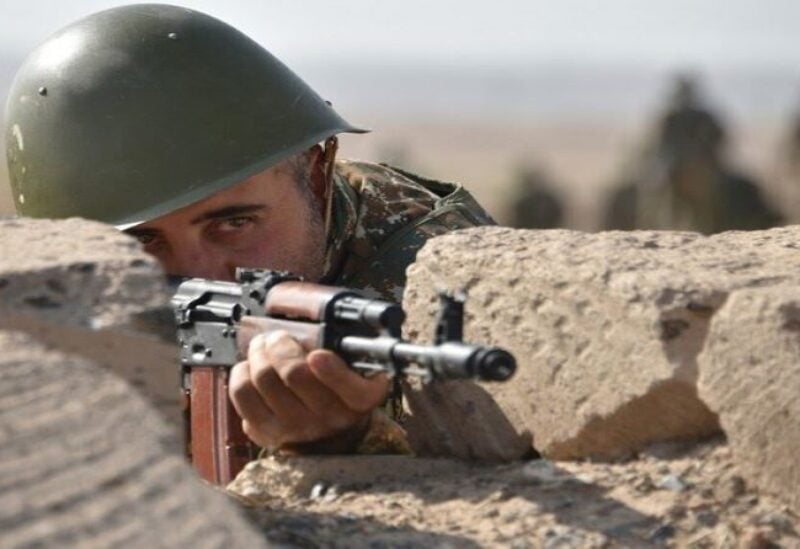 A new round of clashes has erupted between Armenia and Azerbaijan on Tuesday, that left Azerbaijani troops dead in the latest flare-up between the arch foes.
There have been frequent reports of shootouts along their shared border since the end of the 2020 war between Yerevan and Baku over the contested Nagorno-Karabakh region.
“At 00:05 a.m. (2005 GMT) on Tuesday, Azerbaijan launched intensive shelling, with artillery and large-calibre firearms, against Armenian military positions in the direction of the cities of Goris, Sotk, and Jermuk,” Armenia’s defense ministry said.
It said in a statement Azerbaijan had also used drones.
But Azerbaijan’s defense ministry accused Armenia of “large-scale subversive acts” near the districts of Dashkesan, Kelbajar and Lachin on the border, adding that its army positions “came under fire, including from trench mortars.”
“There are losses among (Azerbaijani) servicemen,” it said, without giving figures.
Last week, Armenia accused Azerbaijan of killing one of its soldiers in a border shootout.
In August, Azerbaijan said it had lost a soldier and the Karabakh army said two of its troops had been killed and more than a dozen injured.
The neighbors fought two wars — in the 1990s and in 2020 — over the Nagorno-Karabakh region, Azerbaijan’s Armenian-populated enclave.
Six weeks of fighting in the autumn of 2020 claimed more than 6,500 lives and ended with a Russian-brokered cease-fire.
Under the deal, Armenia ceded swathes of territory it had controlled for decades and Moscow deployed some 2,000 Russian peacekeepers to oversee the fragile truce.
During EU-mediated talks in Brussels in May and April, Azerbaijani President Ilham Aliyev and Armenian Prime Minister Nikol Pashinyan agreed to “advance discussions” on a future peace treaty.
Ethnic Armenian separatists in Nagorno-Karabakh broke away from Azerbaijan when the Soviet Union collapsed in 1991. The ensuing conflict claimed around 30,000 lives.