From New York to London in 4 hours, a new plane that exceeds speed of sound at low price 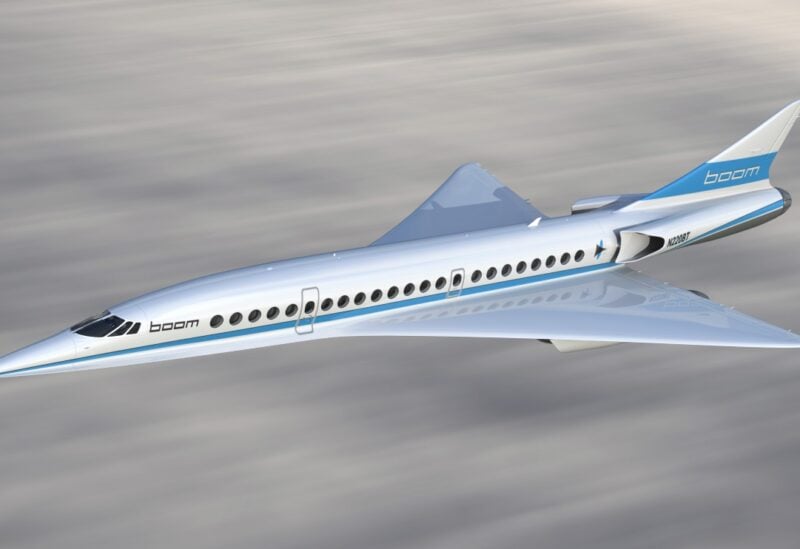 It seems that the revival of the dream of supersonic passenger jets that died with the retirement of Concorde aircraft nearly two decades ago, is still possible, according to a report by CNN.

The British-French Concorde had a top speed of 2,200 kilometers per hour, and it was one of only two hypersonic commercial airliners that flew from 1969 to 2003 and was very expensive and caused an environmental disaster.

But a new group of startups is working on hypersonic aircraft projects.

There hasn’t been any major shortening in travel time since the jet age of the 1950s and 1960s, but Boom’s supersonic team hopes to change that soon.

CNN believes that the “Boom” company is the front-runner to launch the first real commercial aircraft to fly in the air by 2026 at a cheap price.

It is scheduled to take the flight in the plane, designed by the company, from New York to London, only three hours and 15 minutes, while it will take Los Angeles to Sydney to 8 and a half hours.

The company’s founder and CEO, Blake Scholl, says that the current schedule is to launch a prototype of the XB1 by the end of this year, laying the foundation stone for a new US factory in 2022, and then start building the first aircraft in 2023.

The aircraft is designed to accommodate between 65 and 88 passengers, and will be more than twice as fast as commercial airliners that are subsonic today.

Scholl notes that his company starts where the Concorde experiment ended, “but we’re fixing the most important things, which is economic and environmental sustainability.”

Unlike Concorde, which by the 1990s was charging about 12 thousand dollars for a round trip, which corresponds to about 20 thousand dollars at today’s price, “Boom” aspires that the price of the four-hour flight is only 100 dollars.

But Scholl admits that the goal of making the four-hour flight for $ 100 “will take some time to reach that dream. It is the goal of a long-range Boom, two or three generations of aircraft.”

Boom says it currently has $ 6 billion in pre-orders for its plane.