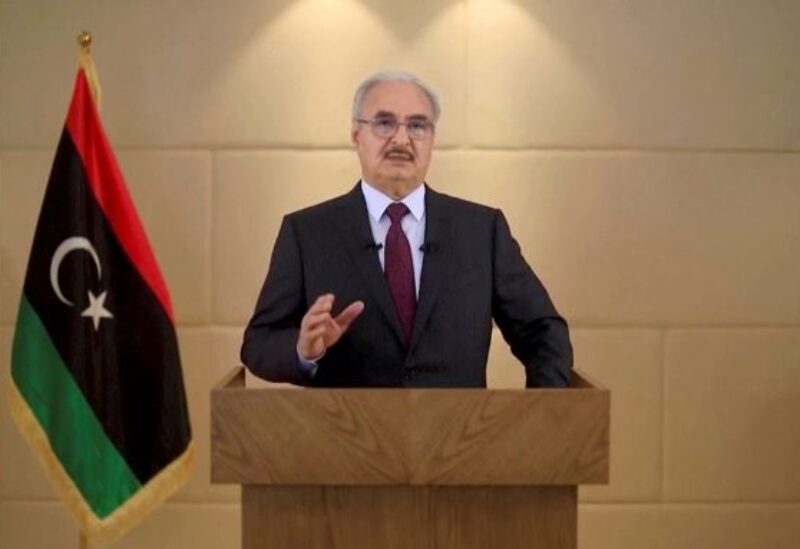 The admission of two men accused of war crimes into Libya’s presidential race has raised the stakes of an election that was supposed to help end years of upheaval but may instead spark a new conflict.

Saif al-Islam Gaddafi, wanted worldwide for his part in crushing his father’s 2011 revolution, proclaimed on Sunday, while eastern commander Khalifa Haftar, who lay siege to Tripoli from 2019 to 2020, declared on Tuesday.

Gaddafi’s announcement sparked public protests and the temporary closure of poll offices across Libya, as well as a statement by the council of a large city requesting that he be removed from the race. Haftar’s nomination might spark comparable scenes, as well as vows to boycott the election entirely.

With less than six weeks until the election, the debate over who should be permitted to compete in the country’s first direct presidential election appears to be escalating.

Though Haftar, Gaddafi, and other polarizing personalities from Libya’s violent recent past were anticipated to participate despite fierce opposition, some Libyans believe that their actual registration as candidates is throwing additional gunpowder into the keg.

It puts to the test an approach that those who support the push for elections say they want to see: submitting Libya’s most prominent leaders to public judgment through the ballot box.

“People are being asked to take a risk that a democratic process would end in something they find repugnant… perhaps it’s better to let the people decide,” a diplomat said.

Those who support that approach – including prominent candidates – say it is the only way to move towards a lasting political resolution, and that cancelling or delaying the vote would be far more destabilizing than holding it.

Eastern factions have warned they may not accept the unity government’s rule beyond the Dec. 24 date set for the vote, and that they could break off and again form a rival government if it does not go ahead.

However, the risks of pushing ahead without clear and widespread agreement on the rules governing the vote, including who should be allowed to run, remain evident.

Libyans remember the catastrophic aftermath of the last internationally backed elections in 2014, when a previous parliament and powerful armed groups rejected the election, citing a court ruling.

Those disputes ignited an already smoldering schism between eastern and western factions, plunging Libya into the war between rival administrations in Tripoli and Benghazi that the latest peace process is intended to resolve.

Despite a year of peace since Haftar’s assault on Tripoli was turned back, bringing the two sides to accept a unity government and elections, the wounds of that war are still raw.

Haftar’s attack on Tripoli left large parts of the city in ruins and its southern suburbs salted with deadly booby traps that have killed civilians. An allied group is accused of scores of killings in nearby Tarhouna and burying victims in mass graves. Haftar denies the abuses.

Gaddafi is wanted by the International Criminal Court for war crimes it says state security forces committed in 2011. A Tripoli court sentenced him to death for those same crimes in 2015 when he appeared via videolink. He also denies war crimes.

Activists wonder whether any election held in areas where armed forces are aligned with one of the candidates can be fair even with international monitoring, adding to their qualms about the vote.

Meanwhile, the only election law now on the table – issued in controversial circumstances by parliament speaker Aguila Saleh who is himself an expected candidate – may rule out a likely frontrunner: Prime Minister Abdulhamid al-Dbeibah.

Saleh’s law said any officeholder entering the race would have to step down from their duties three months before the vote, which he and Haftar both did in late September.

Dbeibah, who had already promised not to run for office when he was appointed to lead the interim government in March through a U.N. process, has not stepped down and has called Saleh’s voting law “flawed”.

The lack of agreed rules means any candidate could be challenged after a victory – setting the stage for the old power brokers to resist change once again.