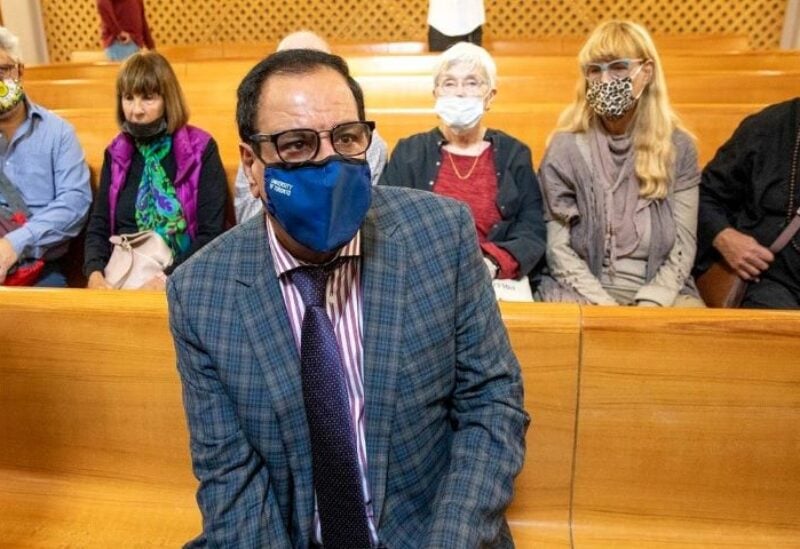 Dr. Izzeldin Abuelaish sits inside Israel’s Supreme Court for a hearing on his demand for an apology and compensation in Jerusalem, Nov. 15, 2021

On Monday, a Palestinian doctor petitioned Israel’s Supreme Court to order the military to issue an official apology and compensation for an Israeli strike in Gaza in 2009 that killed three of his daughters and a niece.

Izzeldin Abuelaish has been seeking justice for what he claims was a terrible mistake by the Israeli army for the past 13 years. During the 2009 war between Hamas militants and Israel, a tank strike on his Gaza home killed his daughters Aya, 14, Bessan, 21, and Mayar, 15, as well as his niece Noor, 17. Another daughter was injured but survived.

The military has claimed that the strike was targeted at militants in the area, and a lower court sided with the army in 2018. The Israeli Supreme Court is currently hearing Abuelaish’s long delayed appeal.

Before the hearing, Abuelaish told reporters outside the courtroom that he felt his daughters were with him and that he was “coming to advocate for the truth and their rights.”

“I’m hoping today that this court doesn’t kill them again,” he said.

Abuelaish, who later moved to Canada, was a well-known figure in Israel at the time of the strike.

While living in Gaza, the Harvard-educated doctor and peace activist worked at an Israeli hospital.

During the first of four wars between Israel and Gaza’s Hamas rulers in 2009, he provided live updates to Israeli media in fluent Hebrew.

When his house was bombed, an Israeli TV station broadcast a live report from a sobbing Abuelaish to Israelis. “My daughters have been murdered,” he sobbed as a journalist on the other end of the line listened in as the audio was broadcast live.

The Supreme Court hearing was adjourned without a decision later that day.