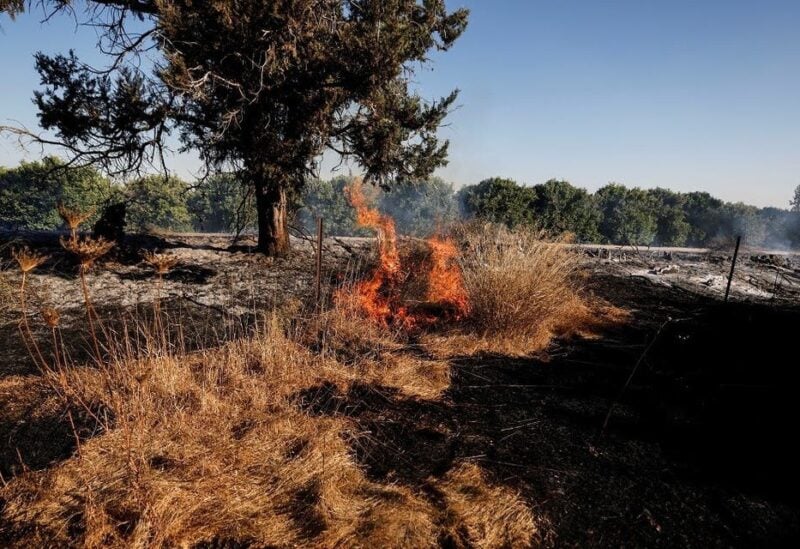 A field on fire is seen after Palestinians in Gaza sent incendiary balloons over the border between Gaza and Israel, Near Nir Am. (File photo: Reuters)

Incendiary balloon launches are a common tactic used by Palestinian militants in the enclave, which has been under a strict Israeli blockade since 2007, when Hamas took power in the Gaza Strip.

Israel frequently responds with air strikes, including after such devices were launched on August 6.

In a statement, the fire service said it was working to contain a number of fires in the Eshkol border region, which it blamed on at least nine incendiary balloons launched from Gaza.

Israeli troops fired at Palestinian protesters who had gathered near the Gaza border and hurled explosives and tried to scale the wall.

An Israeli border police officer and a 13-year-old Palestinian were critically injured.

The escalation came exactly three months since Israel and Hamas reached a truce following their deadliest fighting in years.

Over 11 days in May, Israel pounded Gaza with air strikes in response to rockets fired from the enclave.

Israeli strikes killed 260 Palestinians, including fighters, while munitions fired by militants in the territory killed 13 people in Israel, including a soldier.